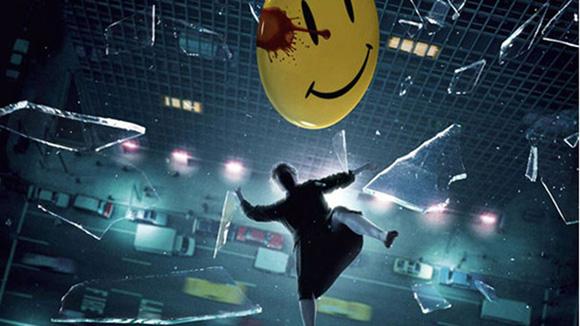 
We knew it would be a disappointment. It was the ‘unfilmable’ comic that had seen off the efforts of two decades of producers and directors, its final production being delayed as it slouched through a handful of court cases. Watchmen the film is lengthy, confusing, bordering on the ordinary. But why should this matter when the company that this film keeps – the trail of bridesmaids included Terminator: Salvation, Star Trek and Fast and Furious IV – has such low standards and we expect so little?

The fact is that Watchmen the comic book is one of the highpoints of modern storytelling. It confronts us along the borderline between fiction and reality: a compelling narrative, dense interwoven images (the ambiguous Hiroshima silhouette that flickers across the panels), a psychological realism that most novels struggle to reproduce. It tells the story of an alternate American history: it is 1985 and posturing by the U.S.S.R. and the USA over Afghanistan has brought the world to the brink of mutual nuclear destruction. Even 24 years later this does not feel like an alien world. A group of vigilantes – men and women who disguise themselves in the costumes of superheroes – are being killed off, and the investigation opens up the mystery at its heart: what should a just man do in the face of such evil?

Since reading Watchmen some years ago it has settled in my consciousness as one of the most brilliant depictions of a materialist morality there is. Before we continue, it is necessary as always for a bit of defence on behalf of the medium. Calling Watchmen a ‘graphic novel’ is similar to the kind of thing you might find on lonely hearts ads or duff CVs: an embarrassed face-painting that draws attention to its own insecurity. Watchmen, like Maus (the story of a Holocaust survivor) and Persepolis, are comic books. Their authors use images as well as words to tell the story. The genre offers expectations of fantasy, science fiction, heroism – all three comics mentioned interact with this tradition in imaginative, honest ways – but this does not mean that a comic book cannot reach into the realm of art, just as writing a long serious novel with people thinking about themselves doesn’t put you up there with Dostoyevsky. If you don’t read Watchmen out of snobbery then you deserve to miss out on it.

Defence over. What sets Watchmen apart from most portrayals of a materialist morality? So often in the Godless universes of the majority of contemporary art the author or filmmaker tiptoes towards a vague ‘sense of something else’ that is at best an emotional redemption and at worst, a kind of literary self-reflexivity that creates its own eternity. We see it in Atonement: as if Briony achieves genuine atonement by writing a fictional happy ending for her sister! We see it in The Matrix trilogy, with its religious symbolism tottering atop of an otherwise secular world. And in novels such as You Shall Know Our Velocity, amongst the skilful prose of a climactic ending, stepping back one must ask: but if this life is all there is, then literally what on earth does this redemption mean? Watchmen’s strength is that it pursues a hard-headed morality that is based solely around this world being all there is, with no slushy intimations of a divinity that doesn’t exist anywhere else in the creation. From a Christian perspective we may disagree with the absence of God, but I find it much easier to deal with honesty than with a condiment in which a happy ending is sloppily dipped.

Although the film necessarily alters the storyline – the finale is simply too big and surprising in the comic book – and creates a villain where the comic book has none, it retains this hard-headedness. From a materialist perspective, questions of morality are intrinsically tied up with questions of egotism. There is no outer force against which to compare one’s actions. One storyline ends with the question, ‘I did the right thing, didn’t I?’ The hero, by seeking to establish her own view of justice, steps closer to the boundary of villain, something that we are used to seeing played out psychologically (the cop who uses underhand tactics to bring about justice) but that is so rarely seen as a question of morality. Is fighting for justice the same thing, morally, as fighting for a bigger slice of the pie? Why do other human beings matter if they aren’t God-made? Do lots of human beings matter more than a few human beings? Watchmen the film skims these issues as the comic book interrogates them. The film is a pounding affair, with the hyper-real violence of Zack Snyder’s 300 reproduced and a claustrophobic soundtrack allowing no imagination to escape undeafened. The difference is most painful in a comparison of sex scenes: the film’s version is an embarrassing and humourless affair for the viewers, whilst in the world of the comic book human love is one of the few routes out of suffering – as Laurie puts it, ‘I want you to love me because we’re not dead.’

There you have it: a flawed, loud version of a brilliant story.  If there is any value to this film it is to draw new readers to the comic book. Make yourself one of them.

Difficulties of the Theory of Natural Selection

Jesus: Who do you think you are? 3. David and Solomon

Anyone who has ears to hear…