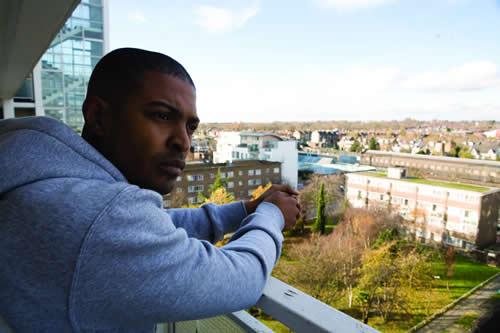 
Adulthood is the sequel to Kidulthood. Kidulthood was terrifying. In its opening scene we bounced between scattered groups of 15 year olds in a London school playground. Two girls were talking very graphically about sex, while across the way another couple were actually doing it. Elsewhere girl gangs bubbled with rage, picking victims at whim and beating them mercilessly; older boys abused younger ones, forcing them to cuddle in front of camera phones; and inside one kid used the workshop to drill a replica gun barrel to make a functioning weapon. At the end of the scene a teacher attempts to hurry the kids back to class, one pupil pauses to stare aggressively at the teacher and the teacher quickly looks away.

Put it all together and we had a group of people who were casually exploitative, treated each other with vicious contempt and whose most mundane chats were infused with intense violence. Perhaps most frightening of all was their awareness of adults' uncertainty towards them and their ability to exploit it. Some called Kidulthood "tabloid baiting" and while these scenes certainly courted controversy, they were anchored with enough recognisable detail to worry people. But though viewers were encouraged to believe this was ordinary behaviour by average school kids on a normal school day, it wasn't. It was a filmic hyper reality condensing rare activities into the same time and place. This was not everyday behaviour, this is not the experience of most schoolchildren. And as Kidulthood continued on its 24-hour timeline, the characters were humanised just enough to soothe the fears it initially encouraged. Clearly in this era of menacing hoodies, under-aged drinking and sodcasting (playing loud music on public transport), Kidulthood had value.

Now we have Adulthood. Set six years after the events of Kidulthood, it tells the story of Sam who killed Trife in the first film and has just been released from prison. He quickly becomes aware of a revenge plot to kill him and spends the day trying to survive. Sam is played by Noel Clarke who was a rarely seen member of Kidulthood's ensemble cast, as well as co-writer. But for this sequel he's the sole writer, the director and has cast himself as the star. Unfortunately Clarke's ego far outweighs his talent and this heavily-flawed addition to the story of troubled London youths is a step backwards.

Having Sam as the focus is a mistake the film never recovers from. In Kidulthood, Sam was the most violent, most ruthless, most destructive, and most two-dimensional. To now have him as the protagonist is confusing. In the course of figuring out who is trying to kill him, he visits the friends and family of Trife and is spat on and shouted at. After each incident we're treated to close-ups of his sourpuss all of which reeks of self-pity rather than remorse.

Kidulthood's rambling narrative allowed the characters to be brought out in a subtle way. By contrast, Adulthood's clichéd thriller plot is as clumsy as Clarke's direction. Crash zooms try and fail to add thrills. Similarly, various split-screen montages try to bridge gaps in the script. Surprisingly, even the music is fluffed as the engaging, minimalist beats from the grime soundtrack are used solely to set a tone and pace that couldn't be achieved in the drama alone and short samples crudely connect scenes with frustrating thrift. Clarke’s heavy-handed touch peaks when he makes the embarrassingly bad decision to have a middle class couple sporting designer frames and chirping mindlessly about soirées bullied and sexually abused by a drug dealer, and then encourages the audience to enjoy their abuse just because they’re naive and frightened.

But Clarke isn't the only culprit. The always tedious Danny Dyer cameos with his usual unconvincing geezer shtick, and Scarlett Alice Johnson is conspicuously transplanted into a role left vacant by Jaime Winstone (Ray’s daughter) and can't go a whole sentence without letting her drama school accent leak out. She also gets to deliver the worst line of the film "I've never felt more like a kid in my whole life". However, the most audaciously stupid moment of Adulthood is saved for last as Sam ends up fighting with a baseball bat, just like the fateful end of the last movie. If Kidulthood had you scared of London’s youngsters, Adulthood will have you laughing at them.