Skip to main content
Photo by Marcus Spiske on Unsplash 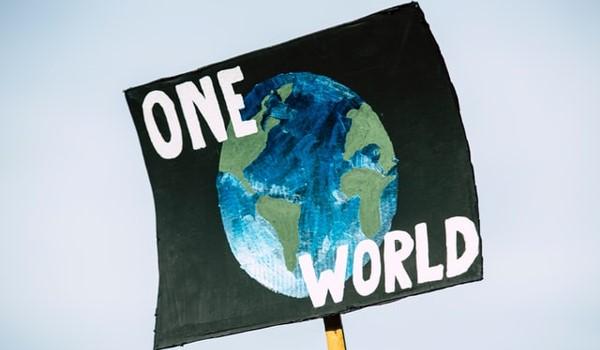 Jacques St Laurent SJ wishes that the negotiators at COP26, which begins in Glasgow on 31 October, would heed the wisdom of St Ignatius Loyola as they enter into discussions about how to respond to climate change. How and why would the Jesuit founder ensure that the vision of the conference encompasses every created thing in our interconnected world?

Ignatian consolation could be just what the COP26 negotiations need in order to overcome the self-interest that has stalled action to address climate change for decades. Consolation is term used by Ignatius of Loyola (1491-1556) to describe a state of feeling open, grounded and connected. For much of his life, Ignatius refined a set of Spiritual Exercises to prepare individuals to receive consolation and be liberated from narrow self-interest. In them, he offers guidance to those trying to negotiate a way forward when multiple good, but competing, needs are in play. One approach he offers is to use one’s imagination to gain a broader perspective on these difficult decisions. This approach is as valid today as ever before. Felt consolation, and the perspective that comes with it, would help COP negotiators to remain open to understanding the needs of others and find ways to meet them, even as they sought to protect their own interests. It may be just what is needed to make COP26 an opportunity to build a more united world rather than a fraught attempt to limit the damage caused by a fractured one.

Our current limited response to climate change may be attributed in part to the desolation that clouds the issue. I have experienced my own share of despondency and frustration at the controversy and delay that has characterised COP negotiations. I began engaging in environmental activism in my youth under the assumption that our growing knowledge of increasing extinction rates, ocean acidification and hydrometeorological variability, for example, would lead to an imminent ecological transition. Society’s willingness to change did not, however, follow from our increasing knowledge about the catastrophic consequences of inaction.

Alongside this inaction, we have seen an increase in the intensity of climate change education and activism in recent years. Despite these efforts, we have yet to see a sincere effort from all parts of society to engage in ecological conversion. The frustration arising from this could trigger a desire to shame and blame climate change deniers and irresponsible consumers, but this is unlikely to change their hearts or behaviours. Neither is the familiar litany of environmental crises that suddenly appear on everyone’s agenda during these moments. With COP26 drawing global attention to the reality and complexity of the climate crisis, we need to be mindful of our need for consolation and avoid indulging in narratives overshadowed by anger, criticism and despair.

Sadly, however, there is good reason to be sceptical about the outcomes of COP26. The warming influence of greenhouse gases has increased by over 40% since 1990,[1] despite the efforts of the last 25 COPs. This track record should give pause to complacent optimism. Furthermore, the events of recent years, including the rise of nationalist sentiment in political discourse and increasing economic hardship, are likely to intensify competitive tendencies and reduce collective action. These challenging realities need careful and compassionate attention, which is why consolation is so important.

We are witnessing the extraordinary value of a collective and caring response in the face of global crisis as we seek to cope with the Covid-19 pandemic. International programmes were quickly put in place to monitor and respond to the health and social crises caused by the virus and its repercussions on society. This raises the question of why we have been capable of rapid and heroic action to mitigate the harm caused by Covid but not by climate change. The threat posed by Covid motivated a seriousness of response that has eluded COP for decades. This seriousness cannot be attributed to differing levels of threat posed by Covid and climate change. If impact is reduced to the metric of human deaths, climate change is already a more serious threat.[2] In addition, the effects of climate change are far wider reaching, and future impacts far more severe, than Covid.

Climate change may be failing to mobilise collective action in the way Covid has because it does not present an immediate and tangible threat to those who manage big business and govern wealthy countries. By contrast, Covid was a universal and instant threat. Even the leaders of the USA and Britain were hospitalised by the disease. It tapped into our collective sense of threat in a way that climate change has not. The threat of illness is familiar to our evolutionary programming, whereas climate change is not: our motivational systems are primed to respond to such a local and immediate threat. A virus that can cause morbidity in just a few days is more likely to get our amygdala firing than a graph showing projected increases in global temperatures, humidity and sea level over the next fifty years.

My own complacency around Covid, when it first appeared in the headlines, brought this point home for me. I viewed Covid as a localised problem in distant parts of the world when outbreaks in Asia were first reported. I did not expect it to affect my life in a quiet suburb of Paris, where I was then. I was proved more than a little naïve. A few months later, much of Europe had suspended business as usual and, along with the rest of society, I had put much of my life on hold to try and protect the health and wellbeing of those around me. I could not have imagined society slowing down so drastically that daily CO2 emissions would drop by almost a third in just a matter of weeks.[3] This astonishing set of events has been something of a precursor to the need for a collective awakening and response to climate change.

COP26 will be more effective at reducing climate change and increasing climate resilience if those involved are better able to connect their understanding of global environmental change with the motivations that drive their decisions and behaviour. Much of the discourse on climate change has remained mere rhetoric rather than action because those with the resources and influence to make a difference seem to be as naïve as I was during those halcyon days in Paris before Covid hit. When presented with the medium- and long-term consequences of not taking immediate action, they are motivated to produce a strongly worded statement in support of those most vulnerable to the impacts of climate change while acting in the interests of those who profit from business as usual. Inevitably, there will come a day when climate-related disasters become frequent and severe enough in the global north to get their amygdalae firing, but the cost of waiting until then is unimaginable.

The cultivation of Ignatian consolation is one way to enhance our capacity to make the connection between the effects of climate change, which occur over larger spatial and temporal scales, and our motivation systems, which default to more local and short-term interests. By cultivating our sense of connection with others, we can become more caring and less competitive. This can liberate us to focus our energies on enhancing diversity and interconnectedness at local and global scales, increasing resilience and mitigating the risks associated with climate change. Consolation can help shift the focus from individual interests to the common good.

As a master at helping others to enter into consolation, Ignatius would be a good person to have on hand at COP26. I suspect that, if he were there, he would offer some exercises before each round of negotiating to help everyone remain connected with each other and focused on the common good. He might first invite them to enter into the flow of love by leading them through a meditation on how they have been lovingly created, and created in order to love. He may then help them to adopt a global perspective by asking them to imagine the earth, and to see all the people, animals, plants and minerals in their interconnectedness. He would likely then encourage them to pay attention to the desires that emerge from this place of loving interconnectedness. Finally, by reminding them to check in regularly with their state of consolation, he might hope to help the negotiators overcome nationally-oriented interests and remain focused instead on the common good.

COP26 could well be another round of realpolitik at the level of national interest, in which case we can only hope that the sum of such interests will permit concrete actions to address the effects of climate change. This is not, however, a context in which the appeal from faith leaders to, ‘take speedy, responsible and shared action to safeguard, restore and heal our wounded humanity and … home’[4] is likely to be realised. Let us instead help inspire those at COP26 to see their own interests in the broader context of the common good. This can better be achieved if, each in their own way, they seek to cultivate the openness and connectedness that Ignatius identified and promoted in consolation.

Jacques St Laurent SJ is a Jesuit in formation for the British Province and a member of the Laudato Si’ Jesuit Community in Clapham.

[4] Joint Appeal from faith leaders to COP26. Available at https://unfccc.int/news/world-religious-leaders-and-scientists-make-pre-cop26-appeal

Prayer and discernment in lockdown