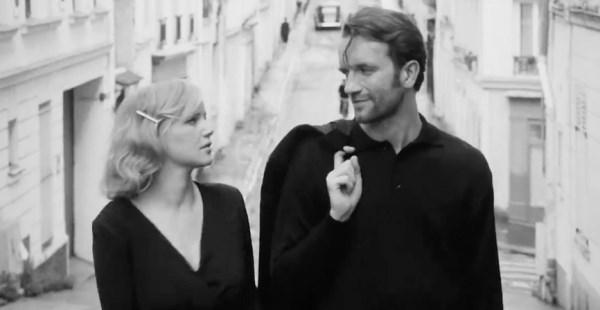 Pawel Pawlikowski has followed his Oscar-winning Ida with a deeply powerful story about love and the pain that can accompany it. The film is a romantic melodrama, and many critics have already compared it to the likes of Casablanca. Yet there is a frank realism to Cold War that honestly wrestles with the dark reality of its setting. This is a film that asks how love can coexist with the worldly forces that loomed over Europe in the 1950s and, more importantly, how love offers a hope for freedom when the latter seems denied us.

The film is set across the Iron Curtain in the 1950s, which feels fittingly captured in monochrome and appropriately framed in Academy ratio as Pawlikowski spurns modern colour and widescreen. This setting intensifies Pawlikowski’s dichotomy of hope and loss, where so often the extraneous pressures of politics threaten the central relationship and appear too powerful an opposing force for its survival. The story chronicles the lives of two musicians from 1950s Poland, from their involvement with a Polish folk troupe to their separate but overlapping careers across the continent. The central characters are inspired by Pawlikowski’s own parents, and are also named after them. The performances are remarkable, with Tomasz Kot giving a powerfully understated performance as Wiktor, which Joanna Kulig perfectly complements as the passionate, vociferous Zula.

Music is the fulcrum of the film; it is the device around which the picture turns narratively and thematically. The pair’s divergent musical careers determine the plot, as their art carries them across a divided Europe, sometimes together, but often apart. Indeed, the various settings are nearly always signalled by some iconic genre music: Slavic folk in the USSR and her satellite states; Parisian jazz; western rock; and so on. Yet it is the music of the characters themselves that is most important to the film, for it constitutes a pure form of self-expression. The key to this is the deliberate detachment of language from these sequences; Wiktor, a pianist, often plays without lyrical accompaniment, while Zula sings in a vast number of languages so that the viewer is not meant to understand every song. The result is that every viewer should experience at least one song whose lyrics they cannot translate, which leaves them with an experience of the music alone, isolated from its verbal meaning and therefore given meaning solely through the power of its performance – its expression by the artist. More often than not, the most powerful moments of the film are communicated in such a way, through music and the self-expressive performances of the two main characters. Where words would fail, music conveys the passion and pain on screen.

As important as the film’s music, though, is the film’s silence. Pawlikowski punctuates the film with short moments of silence and blank screen time, like rests or even the breaks between movements in a musical piece. Key sequences end and the viewer is given a few seconds of dead time in which to contemplate and meditate on what we are watching. The stillness of these moments makes a demand on the imagination, in such a way that draws the viewer further into the film and the lives of Wiktor and Zula. Given that the movie is only 88 minutes long, these moments of stasis are all the more precious; there is even a nearly imperceptible prolonging of them as the film progresses, as if Pawlikowski wants to hold on to them for longer each time.

In a short film that races along, the use of these brief moments of dead time perfectly represents one of Pawlikowski’s chief thematic concerns – the relationship between time and love. In a particularly memorable scene, Zula is less than impressed by a metaphor that her lyricist (a well-known poet) has written. The metaphor, the poet explains, attempts to show that ‘time does not matter when you are in love.’ Cold War completely rebukes this idea; it inverts the poet’s metaphor and demonstrates that time – and the dissipating nature of time – is precisely why love is so precious. The melodrama of Wiktor and Zula’s relationship is realised through the time they are denied together. Often their love for each other, as well as their pain in being separated, seems completely commensurate to the time for which they have been apart. The film’s cycles of fast-flowing narrative, followed by Pawlikowski’s brief caesuras of dead, contemplative time, mirror the all-too-infrequent moments of bliss the characters share together.

Yet, in a typically melodramatic fashion, there is repeated expression of hope for a time when they will be eternally together. This is an articulation of the hope that love transcends time; that their greatest source of pain can be alleviated. Ultimately, it is this hope that drives Wiktor and Zula to the film’s climactic action, where it takes on a strongly eschatological character as it becomes indissolubly connected with the idea of their own salvation. In an ending that stays with the viewer long after leaving the theatre, the undeniable tragedy of the story commingles with an unmistakable sense of freedom and, at last, communion.