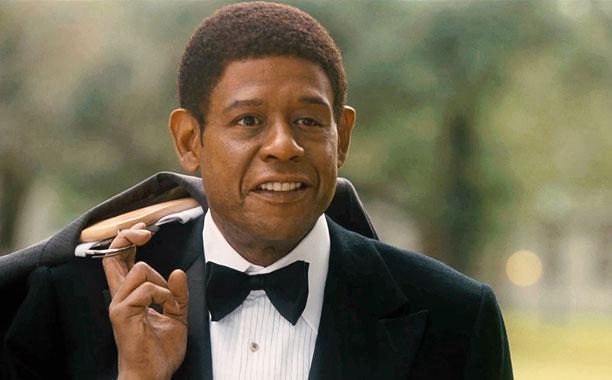 When, in 1939, Hattie McDaniel became the first black actor to win an Oscar, her brief, dignified, acceptance speech made no mention of the fact that she and her companion had been required to sit for the whole evening at a segregated table, arranged just for the two of them, set apart from the other actors and crew of Gone With the Wind. This sort of small detail (along with others like President Kennedy’s snubs to Sammy Davis Junior because of his white wife), brings home to us of the reality and mad double-standards of segregation. These two apparently randomly-chosen vignettes from American history also provide a key to the central material of this film: racial segregation; black people’s response to that insanity; liberal politicians’ flakey resolve to do anything to challenge the injustices; and through it all Hollywood, cinema and the mass media, cataloguing, recording, and reproducing what they see.

This fictional story of Cecil Gaines (Forrest Whitaker), the black butler who served seven white US presidents, is loosely based on the story of Eugene Allen first told by Wil Heygood in the Washington Post shortly before the 2010 Obama election. There is a book that tells Allen’s full story, but Heygood’s article appears to cover the key facts as far as the film is concerned, and is worth reading before you see it. That's because in its mode of narration, the film presents itself as a biopic—something it most definitely isn't. If people like me don’t tell viewers that a lot of this film is made-up, you could easily assume that it’s all not just ‘based’ on real events, but a sincere retelling of them. It’s not that what is portrayed didn’t happen, but it didn’t happen in the specific life of Eugene Allen His real story appears to be a simple one of a life of honesty, dignity and service, quietly lived whilst politicians come and go. Scriptwriter and producers chose to give this more dramatic appeal by making his son Louis (David Oyelowo) a political activist and completely inventing an extra one (who gets sent to Vietnam). In this way they explicity link the butler’s story to the political dramas of the civil rights and black power movements of the 1950s, ‘60s and ‘70s.

This is all results in a slightly problematic mash-up of generic conventions. The Hollywood biopic—with its appeal to the authentic through the use of archive footage from newsreels and television—is mixed with closely observed, domestic-scale ensemble work that seems to owe something to the stage work of August Wilson (not least in its representation of a marriage between two African Americans). To this is added a third style of film-making, two strikingly filmic sequences of ‘ parallel action’ in which sharp editing (by Joe Klotz and Brian Kates) is used to drive the narrative forward.

In my view these are the strongest sections in the whole film: shots of the butler's work in the White House are cross-cut with his older son's activism. In the first sequence, Louis is a non-violent freedom rider, peacefully challenging segregation in the South. As the protesters politely ask to be served lunch in the wrong sections of segregated diners, the Butler polishes knives, lays plates, arranges china and linen; as the kids are then abused with increasing violence—first verbally, then physically—the butler serves the rich and the powerful, their dinner progressing from course to course, everyone in the room insulated from the real battles being fought down South. The later section occurs after Louis has left non-violent protest behind and fallen into the ambit of the Black Panthers. This time, the contrast is made by cutting rapidly between the father’s discreet cat-like padding around Nixon—icon of corrupt white power—and the son’s military training with the urban terrorists.

Obviously, revolutionary politics are an unacceptable lifestyle choice for the son of a White House butler. However, it’s not the politics directly that produce the Oedipal crisis, but cinema and Sidney Poitier—or more precisely the idea of Sidney Poitier. The butler is a fan; his son is not. Over dinner one night, college-educated Louis sneers that Poitier is less a great black actor than merely the white man’s acceptable fantasy of what a black man should be. Gaines senior snaps, and throws his son out.

I’m sure we’ve all been there, or in variants of this tussle. The Oedipal drama provides a key axis for the film, one not dissimilar to that explored in British theatre by the angry young men: how the educated children of those repressed by capitalist structures position themselves both in relation to those forces, and to their parents, whom they come to see as servants of their own oppression.

Wil Haygood had a different take on the metaphor of the servant: for him the Allen/Gaines story is nothing less than a Biblical one, in which the last become first. Presidents’ brief terms in office are spent in years of denial, frustration, compromise and sometimes downright lying, but their butler stands for something more lasting. The butler is the Shakespearian ‘good servant’, loyal to values of service higher than mere obedience, whose life is lived through something deeper and more enduring than what drives the strutting, fretting Presidents. Some viewers will find that the script’s tendency to over-dramatise has undermined the poetry of this idea; others that The Butler is a powerful proclamation of black history, and— if Lee Daniels is to be believed —part of a movement of change in American cinema’s relationship to questions of race and ethnicity.

To return to where we started, a quick word about the Oscars: Oprah Winfrey’s performance in this film is simply outstanding, offering depth, range and a profound commitment to the part. I am pretty confident that one of the things that makes it so good is the ensemble of other black actors she’s working with. Will she, or any of them, get an Oscar ? And either way, does it matter?

The Changing Face of US Catholicism