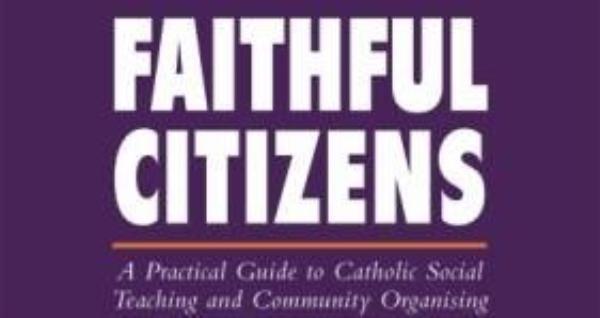 Why is it that Catholic Social Teaching remains a mystery to most Catholics? As this book points out in its opening chapter, it remains ‘outside the mainstream of ordinary parish life, is seldom referred to in the pulpit, almost never mentioned in the RCIA programme for people becoming Catholics, and very unlikely ever to be taught as part of catechesis and formation programmes’. (p. 17) In other words, it lives up to the description given of it in a well-known collection: ‘our best kept secret’.

And this in spite of the fact that almost all of the recent papal encyclicals, beginning with Leo XIII’s Rerum Novarum in 1891 until the present Pope’s Caritas in Veritate of last year, are not only deeply concerned with the Church’s Social Teaching but call on Catholics to study it and put it into practice as part of their faith. This charge was repeated by the Catholic Bishops of England and Wales in their important statement on The Common Good: ‘All members of the Catholic Church must accept their full share of responsibility for the welfare of society. We should regard the discharge of these responsibilities as no less important than fulfilling our religious duties and indeed as part of them.’

And yet the gap remains and seems almost unbridgeable. Perhaps one of the main reasons, as this book argues, is because its principles seem abstract and there appears to be no vehicle for translating them into action. And so Catholic Social Teaching ‘risks being something only referred to every six years in bishops’ documents issued prior to elections – guides to voting, in other words – but of little impact on the lives of ordinary Catholics in between.’ (p. 17)

Faithful Citizens sets out to provide precisely such a vehicle. And it does this by bringing together Catholic Social Teaching and Community Organising. Its second chapter, ‘An introduction to community organising’, spells out in detail how this enables people to assess local problems and come together in effective groups to grapple with them and implement concrete solutions. It achieves this through groups such as London Citizens, a large alliance of faith-based and other community organisations, affiliated to the Chicago-based Industrial Areas Foundation (IAF) founded in the 1970s by Saul Alinsky. Alinsky’s ideas and methods of work are well explained and show clearly how community organising is ‘a method and set of democratic practices which enable people to resist the pressures of market and state, and defend their goods, by realising their own power, based on mutual relationships of trust.’ (p. 33) And it is this that makes it a particularly suitable vehicle for Catholic Social Teaching since it is ‘deliberately unideological, emphasising action over theory, and because it does politics rather than just talks about it.’ (33)

The second part of the book consists in five chapters, each of which brings Catholic Social Teaching and community organising together in order to address one particular issue. The first looks at civil society as a whole, especially with regard to crimes of violence, and illustrates how these can be met and coped with when people come together. It is when relationships break down and no one thinks they should help, that society becomes weaker and incapable of facing this problem. A number of practical examples are provided.

A second issue taken up is ‘Assembling in Solidarity’ where ‘people of different faiths and none who live alongside each other express the hopes and frustrations they share for the city, commit to working in solidarity with each other for the common good, and hold people with power to account.’ (p. 71) The specific examples quoted are the London Citizens Autumn Assembly of November 2009, which saw over 2,000 people meeting at the Barbican Centre, and its Mayoral Accountability Assembly the previous year. The latter made five concrete proposals to which MPs from the three main political parties were asked to respond and make specific pledges.

The three final chapters deal with a just wage, housing and immigration. In each chapter, detailed examples are confronted with the Church’s Social Teaching, and concrete action demanded from those capable of providing it. The book ends with two very useful appendices. The first outlines ten principles of Catholic Social Teaching ‘which speak most directly to those engaged in local politics as practised by London Citizens.’ (p. 162) The second states 14 maxims or guidelines ‘which underpin the way broad-based organisations (BBOs) secure victories.’ (p. 175)

Austin Ivereigh, a well-known Catholic journalist, is well qualified to provide this ‘practical guide’. He has been involved in London Citizens as a campaigner and community organiser since 2006, and currently trains leaders and organisers in media skills. Formerly he was public affairs director to Cardinal Cormac Murphy-O’Connor. Hopefully Faithful Citizens will not only be read but also used.

The reviewer, Fr Michael Campbell-Johnston SJ, is former Provincial of the British Jesuits. He is now a member of the Jesuit community at Farm Street, Central London.

Climbing The Bookshelves – The Autobiography