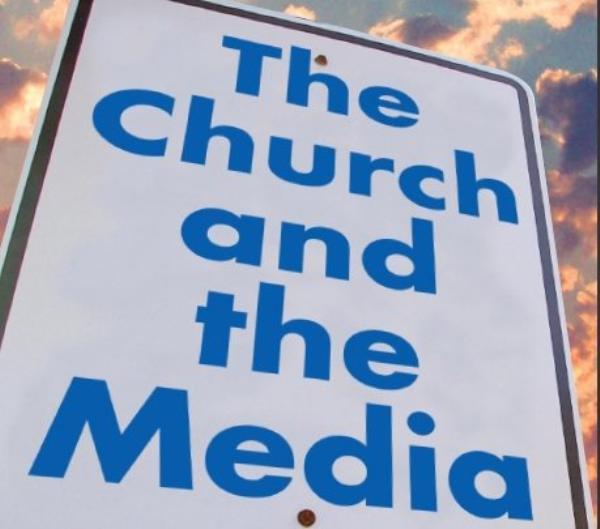 This is the third book in the Signs of the Times series from the South African-based Cluster Publications.  The author, a Jesuit experienced in media work, offers an analytical introduction to the world of mass media at the start of the twenty-first century, and practical guidance for those who are involved in it.  All aspects of the media are covered, except for the Internet, which will have its own volume in due course.

The approach is not one of hectoring from a pulpit, but of endeavouring to draw practitioners of the media into a round-table conversation.  It’s an attempt at a fruitful dialogue and debate between faith and culture, Church and society. Whilst Chatteris writes from a South African perspective, his take is applicable to a more universal readership.  The nuts and bolts of what he offers will apply equally to all of his readers, no matter where in the world they are, as he brings a thoughtful and prophetic Christian outlook to our one world.

So we step into a world where spirituality is often prized more than organised religion, where we meet rappers who are poets of the modern angst, celebrities who betray a need for saints, and where adverts fill the void where the shaping stories of old used to flourish.  We’re up against the fascinating ‘ten commandments’ of advertising, indicating what people are supposed to most deeply desire, adverts being some of the most revealing signs of our time.  We’re entering the battle of good and evil, but we come with a vision of hope.

We’re in a world where Gutenberg man has become Internet person, and the Church has to face courageously and boldly this brave new world.  The voices and noises of a world of pop music, advertising, printed newspapers and magazines, film, radio, digital television and the mobile phone are all invited to become participants in this great round-table dialogue, which poses choices for the Church.

Far from letting this become a dialogue of the deaf, the Church is challenged to ‘redeem’ the mass media in all of these areas.  In its mission to communicate the living Gospel, the Church has a potentially commanding worldwide network of correspondents, through its missions, parishes and NGOs. Chatteris hints early on at what apt use of this massive network might lead to if the vision is big enough and if Christians could only pool their resources, but keeps his massive challenge to the final pages.

This book communicates hope and vision in down-to-earth suggestions that invite Christians to maintain a simple professionalism, nothing less, in their approach to media at both local, national and international level. That professionalism is to be brought into all areas, not least the world of film and television, which feasts and gluts eyes and hearts.  We are to start close to home, and meet and greet as competent equals the professionals who meet us in our daily lives. This might happen, for example, by taking a ‘look closer’ approach to some modern films, even those which may not be necessarily overtly religious but are making serious social comment (for example, American Beauty, Magnolia, Dogma and Fight Club).

What I found most fascinating was the author’s ‘whimsical vision’ – his words – of what he calls a ‘Christian Al-Jazeera’.  What he means is an international Christian (as opposed to a rigid denominational) Church network with a truly broad reach.  Chatteris cites EWTN (Eternal Word Television Network) and the various Vatican media as being too constricted and constricting, appealing to a niche audience.  What he would like to see is symbol and ritual blossoming out into a worldwide news service, a catholic – small ‘c’ – take on what lies beneath and behind the global news. This would involve Christian individuals with local knowledge being called upon to engage with media, much as Muslims do on Al-Jazeera, where analysis of current events and issues provides a broadly Muslim perspective for both Muslims and non-Muslims alike.  By analogy, a Christian Al-Jazeera would do the same, and the author likes to think that such a universal Christian channel would cater to both highbrow and popular constituencies.

This book is as good as you’ll get if you want an introduction to the wonderful world of mass media. Written with passion and experience, it offers common sense, as well as encouragement and practical hints. It’s a good advert for how a twenty-first century Christian can make an impact in a world which is crying out for loud and clear professional Christian voices willing to engage in authentic round table dialogue.

The reviewer, Denis Blackledge SJ, is parish priest of Corpus Christi, Boscombe and is a broadcaster on independent and BBC local radio.

Find this book on the Cluster Publications web site

Forever a refugee, but a citizen of heaven

The living desert of Lent

A New Vision for the Catholic Church: A View from Ireland