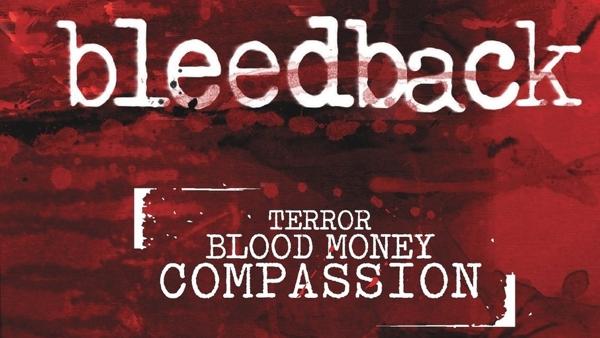 Half way into this extraordinary novel the major protagonist, the gentle and scholarly Ayatollah Rastani, is being subjected to a gruelling interrogation.  There has just been a major terrorist outrage in Iraq; the TV screens are full of carnage and mayhem, and the Middle East seems ready to explode into an intra-Islamic civil war.  In the UK self-appointed anti-Muslim demagogues and lordly secularists are united in shrill condemnation, convinced that the upsurge of violence will ‘bleed back’ into the UK, engulfing the fragile fabric of community relations in a Shi’a-Sunni rivalry that has simmered since the earliest days of the Muslim umma.  Rastani, recently deported from the USA, quickly assumes the role of scapegoat number one.

The shady MI5 investigators want to find out how much he knows and who he thinks is responsible.  At first he manages to expose the narrowness of their thinking, but the interview takes on a sharper edge when it moves to Rastani’s political philosophy.   How would he encourage a constructive approach among the different Muslim factions?  And in the war of ideas whose side is he really on?  At this point he pauses and, all too aware of the danger of incriminating himself, replies: ‘Has it ever occurred to you that both sides in the war of ideas could be overcome by far greater ideas?’

That in a nutshell is what Bleedback is all about.  At the surface level it’s a thriller – not exactly James Bond meets Osama bin Laden but a brilliantly evocative and action-packed clash of goodies and baddies that would not be out of place in a Hollywood blockbuster.  Dig a little deeper and what emerges is something more like classical epic or grand opera without the music: rich and complex characters caught up in a cosmic drama that brings out the best and the worst in poor suffering humanity.

This particular war of ideas is fought out in a fast-moving narrative which takes us from the deserts of Turkmenistan and the blood-spattered souks of Baghdad to the club-land of London and the boardrooms of New York.  Rastani’s greater ideas emerge not from the so-called ‘clash of civilisations’ but through the more diffuse yet creative interaction of three major characters.

Rastani himself is a sometime intimate of Ayatollah Khomeini who was forced to flee from the upheavals of the Iranian revolution.   Popular without being populist, he is not spared the dilemmas of the spiritual leader who is called to enter the political world on behalf of those he loves.  In London, together with his devoted son, Farzan, he finds refuge with the family of an old Jewish friend and a feisty Irish Catholic theologian.  This unlikely interreligious community forms the still point around which the action turns.

Atamar Anagul, once a strategist with Al Qaida, finds himself reluctantly prised out of a retirement breeding horses to master-mind a new campaign of terrorism and murder.  He is the disillusioned idealist, all too conscious that his team of precocious young jihadis can muster little by way of intellectual credibility.  The third major storyline centres around Aleksandr Kozhevnikov, a jaded Russian intelligence officer with a weakness for beautiful women and expensive whisky.  His political masters have given him the task of infiltrating a multi-million dollar private security company which has a vested interest in destabilising an already volatile situation in the Middle East.

This sinister organisation, fronted by corrupt politicians and shady business moguls, hovers over the action like a malign vulture – an ‘anti-idea’, perhaps, except that it is governed by a political logic of force and self-interest which is all too plausible.  Against this backdrop each of the main characters plots his journey to integrity and redemption.  Even the noble Rastani must undergo a time of purgation – or, to use a more appropriately Shi’a term, occultation – when he is spirited away to a remote Christian monastery where he can face his inner doubts.  Atamar’s personal crisis is more pronounced – a painful conversion from a cynical atheism into the spiritual depths of a tradition he has long dismissed.  Kozhevnikov’s inner shift is more understated, but it is nonetheless there, in a love of music and a capacity for intimacy which even the most brutalising of military intelligence training has failed to eradicate.

Ideas are constantly being debated – in official receptions, in public meetings and religious events, as well as in heated private conversations – about truth and action, about the problem of evil, about God and salvation, above all about what it means to be a human being motivated by virtues of loyalty, integrity and compassion.  Underpinning them all is a single conviction, that religious faith is not what Rastani calls a ‘metaphysical spreadsheet’ which allows us to ‘perform a cost-benefit analysis of human history’, but the source of a compassion that is proof against the worst forms of human depravity.  If there is an answer to the problem of evil it lies with the extraordinary capacity of human beings, as he puts it ruefully, to ‘meet evil with goodness and transform it’.

It would be easy to patronise this novel as that unlikely oxymoron, a theological thriller: blood and guts sandwiched between other-worldly interludes in which various worthies discuss the thought of Aquinas and Mulla Sadra, the great philosopher of Shi’a Islam.  It is far more sophisticated than that.  Gwen Griffith-Dickson, herself a philosopher of religion with an unparalleled practical experience in the field of religious extremism, is concerned with the deep motivations that underlie religious allegiances.  As a novel of ideas, Bleedback serves as an important reminder that ideas are not sound-bites or slogans that differentiate this group from that.  They instantiate memories and encapsulate ancient wisdom which, like the hidden twelfth imam of Shi’a history, are always waiting to return and disturb the status quo.  They cannot be separated from the deeply layered religious and cultural worlds that are forever intermingling with the triumphs and traumas of history.

As an evocative and thought-provoking picture of the thoroughly dangerous post-Osama world this novel can have few equals.  But its real and lasting value lies not with word-pictures or the interweaving of a complex narrative but with the platform it builds for a discussion of Rastani’s ‘greater ideas’.  These are never pulled out as the right answer to trump some insoluble conundrum; they grow organically from the interaction of the characters.  And because we care about the characters we care for their arguments and ideas.  That is the reward of taking the risk and entering a wonderfully strange new world.

Religion certainly has its dark side – and there is plenty of that in this novel.   But equally present are touches of the extraordinary truth that sometimes violence can be the source not of further violence but of a compassion that seeks to heal wounds and build trust.  The post-9/11 cliché that religion is the source of all our woes is given a magnificent rebuttal in this moving account of how the memories preserved in sacred scriptures of unbelievable beauty bring God’s own truth to birth in fallible human beings.