Skip to main content
Photo by Sixteen Miles Out on Unsplash 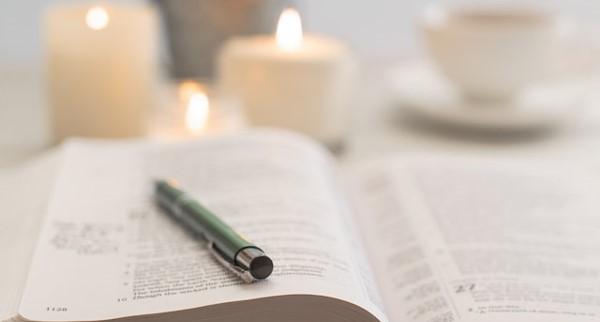 Peter Edmonds SJ reflects on the weekday readings for the third week of Advent.

Balak was king of Moab. Alarmed at the progress of the invading Israelites who threatened his territory, he commissioned his prophet Balaam to counter this threat by cursing Israel. To Balak’s fury, instead of cursing Israel, Balaam, in a series of oracles, blessed them. He defended his action with an appeal to the God who had authorised them. He could do no other. We hear two of these oracles today. In particular, we notice his words about a star. These prepare us for the star the Magi would follow on their journey to Bethlehem and for Jesus’s own self-description in the Book of Revelation as the ‘bright morning star’.

In his final days in Jerusalem, Jesus was challenged about the authority behind his action in expelling all those buying and selling from the Temple. He refuses a direct answer. Instead he recalls the baptising activity of John the Baptist. By whose authority did he justify his activity? Jesus’s opponents refused to admit that he, like Balaam, was obedient to God.

Even though they were silent about the authority behind the Baptist, Jesus’s critics admitted that John was held by all to be a prophet. Jesus had earlier taught the crowds that ‘all the prophets and the law prophesied until John came’. As for ourselves, the story of the career of John the Baptist helps us appreciate all the more the richness of the Christmas story as the festival rapidly approaches. We are to enjoy the story of Balaam’s talking donkey.

Father, the foreign prophet Balaam spoke words that found their fulfilment in the gospel story. May we be alert to the voice of God from wherever it comes, even from a foreigner like Balaam. May Christ be the star that guides us. We make this prayer through Christ our Lord.

Our reading from Zephaniah prepares us for the infancy stories of the gospels. The ‘humble and lowly people’ the prophet speaks of can be recognised in Mary, the mother of Jesus, and in characters like Simeon and Anna who will greet the infant Jesus in the Jerusalem temple. These are God’s anawim, people totally dependent on God for support. Among the suppliants Zephaniah describes who bring offerings from ‘beyond the rivers of Ethiopia’, we may include the wise men from the East, the Magi.

John the Baptist is referred to by name twenty-three times in the Gospel of Matthew. Today we hear his final mention. He is praised by Jesus because he followed the path of righteousness. This is a key word in this gospel. In the Sermon on the Mount, Jesus demanded a righteousness that exceeded that of the scribes and the Pharisees. At his baptism by John, Jesus claims to fulfil all righteousness. In Matthew’s infancy story, Joseph accepted Mary as his wife because he was a ‘righteous’ man.

Passages like this one from Zephaniah help us to understand the mission of the Church to the poor. Jesus’s praise of John the Baptist as one who set a pattern of true righteousness encourages us to live a life that conforms with the way of life Jesus requires of true disciples, those who recognise their dependence on God. If we remember the anawim of the prophet Zephaniah, Jesus’s teaching in the Beatitudes about the ‘poor in spirit’, makes sense.

Father, the Church has made her own the ‘preferential option for the poor’ in the tradition of the prophets of Israel and the life and the teaching of your Son. May we treasure all the teaching and example which they provide. We make this prayer through Christ our Lord.

We return to the book of Isaiah and to familiar themes. We hear of God as creator, who forms light and creates darkness. He is the righteous one, and in an expression taken over by Paul to describe the exalted Christ, he is the one to whom ‘every knee shall bow and every tongue shall swear’.

We hear three voices in our passage from Luke. The first belongs to John the Baptist. He questions because he is puzzled. The Jesus whom he introduced as the one with his winnowing fork in his hand, to clear the threshing floor, has been following a different agenda. He sends two of his disciples to Jesus who has been curing ‘many people of diseases, plagues and evil spirits’. The second voice belongs to disciples of John who express the Baptist’s doubts to Jesus. Our passage concludes with Jesus’s voice in reply. This echoes Isaiah about the blind who see and the deaf who hear. We recall Jesus’s first public words in this gospel of Luke, ‘He has sent me to preach good news to the poor’.

In this third passage this week about the Baptist, we see the human side of the complex person who was John the Baptist. His question consoles us when we struggle to understand the ways of God and calls us back to basics about the person of Christ and his mission. As Jesus was to say to Zacchaeus, he came ‘to seek out and to save what was lost’.

Father, in our Christian lives we often find ourselves struggling to understand our faith and our life situations. By reflecting on the words of the prophet and the three voices which speak in the gospel of today, may we deepen our understanding of the ways of God. Through Christ our Lord.

Thursday (15 December): The fourth Baptist day: More than a prophet

We can distinguish three steps in our scriptures for today. We recognise the first in our passage from Isaiah which recapitulates familiar biblical themes. God is our creator and redeemer. He is married to his people. Despite sin and infidelity, he is bound to them by covenant, as he has been since the days of Noah and the flood. His love for them was unbreakable. This covenant was a covenant of peace. This God, speaking through his prophet, was the God whom Jesus knew. Before his death, he would bind himself to them by the covenant of his blood. On Easter day, his greeting would be, ‘Peace be with you’.

We recognise a second step in the words of Jesus in our gospel. His is the only voice we hear and he speaks about John. He describes him as a prophet and more than a prophet. He was greater than Isaiah, a voice so familiar to us in Advent. Malachi, another prophet, spoke of him as the messenger who was preparing the way. His dignity was such that no one born of women was greater.

We recognise a third step which concerns those described as ‘the least in the kingdom of God’. These are greater than the Baptist, more privileged than Isaiah and other prophets. Today we reflect on the privilege and dignity of the Christian vocation, made a reality by the birth of the Christ, the fulfilment of the message of Isaiah and the mission of John the Baptist.

Father, we pray for an increase in our faith, not only in the sense of the contents of the revelation it contains, but also in our attachment and commitment to the person of your Son to whom this revelation directs us. We ask this through the same Christ our Lord.

‘John was a lamp alight and shining and for a time, you were content to enjoy the light that he gave.’ (John 5:35)

On the first Monday in Advent, we heard from Isaiah about the pilgrimage of the nations to the mountain of the Lord in Jerusalem, ‘to the Temple of the God of Jacob - All the nations would stream to it.’ Today, we hear from Isaiah how foreigners were to be made welcome in this Temple, the place where God had his home. Jesus quotes words from Isaiah when, cleansing the Temple, he said: ‘My house will be called a house of prayer for all the peoples’.

However, once again this week, John the Baptist claims our main interest. For the first time in Advent, we hear from the Gospel of John. In this gospel, the Baptist has a single role; he is a witness. He ‘gave his testimony to the truth’, said Jesus. His testimony takes its place with the testimony of God the Father and the testimony of the scriptures. The Baptist could not be in better company. He occupies a worthy place in our preparations for Christmas.

In our churches, we light quality candles as part of our Advent rituals as we make ready for the birth of the one who was ‘the true light which enlightens everyone’. We have the word of Jesus himself that the Baptist too was a lamp ‘alight and shining’. He was what the Church was destined to be. The Second Vatican Council would call the Church, ‘the light of the nations’. She is the holy mountain of God of which Isaiah wrote.

Father, we proclaim Christ as light of the world. John the Baptist, your witness, was a lamp shining in this world’s darkness. We pray that we too, enlightened by John’s testimony, may illuminate the way to you for those who do not know you. Through Christ our Lord.

‘A genealogy of Jesus Christ, son of David, son of Abraham.’ (Matthew 1:1)

Authors struggle to find attractive openings to their compositions. They know how important it is to grab and keep the attention of their readers to keep them reading their work to its conclusion. Matthew would appear to stumble here because many preachers do all they can to avoid dealing with the genealogy with which he begins his gospel. Although it belongs to his infancy story, it plays no part in the nativity plays that we enjoy as part of our Christmas.

Yet this need not have been the reaction of Matthew’s first readers. If they were of Jewish background, they would have been excited to hear about a ‘son of David’. David was the greatest of the kings of Israel. The prophet Nathan had promised that his ‘throne would be established for ever’. Recent history seemed to contradict this promise; Matthew is insisting that in Jesus, God was being faithful to his ancient pledge. As for ‘Son of Abraham’, this was good news for Matthew’s readers of Gentile background: had not God promised that in Abraham, ‘all the tribes of the earth would find a blessing’?

Matthew names many ancestors of Jesus in his genealogy. Some of them are unknown. Of others we know little and this little may not be edifying. But this list assures us that God works not only through human success and fidelity but also through failure and obscurity too. God builds on our ‘little faith’, just as he built on the ‘little faith’ of Jesus’s ancestors.

Father, you are a God who had been labouring through many generations on our behalf as you prepared for the coming of your Son into our world. Confident in your continuing grace, may we continue this work with joy and enthusiasm. We make this prayer through Christ our Lord.

The challenge of the Incarnation