Skip to main content
Photo by R4vi at flickr.com 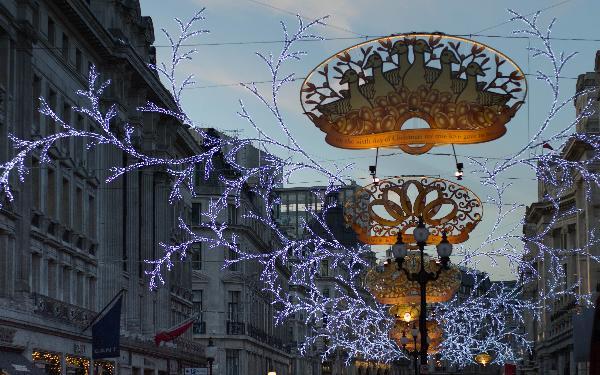 Despite the Christian message of Christmas often being drowned out by the commercialisation of the Christmas season, there is still an underlying ‘good-will’ effect at this time of year. Gerry O’Hanlon explores this against the backdrop of modern society’s growing inequality and the deep malaise in global capitalism. How will the birth of Jesus in our lives this Christmas be good news for the poor?

As Christians we are often heard complaining about the ‘commercialisation’ of Christmas.  And yet most of us would admit that, despite the frenetic pull towards consumerism, there is also an underlying ‘good will’ effect at this time of year which is mindful of those less well-off and puts a human face on poverty. There will be media pieces about the homeless and special collections for the needy. Is this just cheap sentimentalism?

And yet our world needs something more substantial.  The Great Recession has added considerably to the ranks of the poor, and, in our own parts of the world, to those who struggle under the yoke of so-called austerity. Growing inequality, a culture of entitlement among top executives, environmental strain and a ‘financialisation’ of economies are just some of the symptoms of a deep malaise at the heart of the present phase of global capitalism.

Commenting on the latter  in the context of the fifth anniversary of the collapse of Lehman Brothers, economic journalist Dan O’Brien notes that there is much evidence to suggest that the financial system has not been sufficiently restructured and re-regulated to avoid a repetition of the recent catastrophe. Why is this so? Partly due to vested interests and inertia, but,  more worryingly, O’Brien argues that ‘complexity has also worked against change. The truth is that nobody fully understands how the system works, making change more difficult’.[1] In similar vein cultural commentator Michael Cronin observes how ‘the Market has come to function as a kind of dark version of transcendence … a parody of a pagan deity, irascible, touchy, and only to be appeased with pledges of sacrifices and the burnt offerings of public services’.[2]

The readings for the First Sunday of Advent speak to this situation. The nations are urged to stream to the temple of the Lord, towering above the mountains, ‘so that he may teach us his ways’. Jesus, in the Gospel of Matthew, urges us to ‘stay awake’ and ‘stand ready’, while Paul in Romans insists that ‘the time’ has come – a moment of opportunity.

And, in a rare rhyming of hope and history, Pope Francis reinforces this sense of kairos, of opportunity. He has made it so clear by word and gesture that the poor for him are a priority. He wants a Church that is poor and for the poor. In his observations on ‘thinking with the Church’, he notes the importance in discernment of listening to all the faithful, especially the poor. And, in a shift from earlier positions, he is aware that charity must include justice, and that poverty has structural roots – ‘We are tired of systems that produce poor people so that the Church can support them’, he says.[3]

As Bishop of Rome Francis would surely want to use his status as ‘new hero of the left’ (The Guardian) not to promote any personal cult of celebrity, much less idolatry, but to raise perhaps uncomfortable and challenging questions for us all about our own roles. He has been accused of ‘letting loose with his thoughts’ as self-indulgently ‘as he might unburden himself with friends after a good dinner and plenty of wine’ –  as one wag put it, very reminiscent of Jesus!

And it is to Jesus of course that we must constantly return: the vulnerable child whose birth we are preparing to celebrate grew up to be a friend of the poor and critic of the rich. His wisdom has been translated for our times, inter alia, by means of that tradition of Catholic Social Teaching with its emphasis on principles and values like human dignity, solidarity, the common good and the preferential option for the poor.

These involve conversions at different levels – personal certainly, but also cultural (we need to shift from unquestioning adherence to an excessively economic view of reality to one which has a more integral vision of what constitutes ‘the good life’) and structural-political.[4] It also involves the hard thinking to come up with technical solutions to complex problems, as well as an appreciation of the goodness of material creation and hence a valuing of economic ‘richness of sufficiency’.

These conversions are surely part of ‘the grace’ of Advent and Christmas to be prayed for. Christians are always asked to live in different ‘temporal horizons’ – remembering the past (in this case the birth of Jesus Christ), looking to the future (the Second Coming), but also celebrating the ‘already’, the ‘now’ of the Kingdom of God which, according to the Fathers of the Church, is the ever-new birth of Jesus Christ within each of us and in our world.

There is a  powerful and disturbing short story of conversion by Flannery O’Connor entitled Revelation (1965), set in the Deep South in pre-civil rights days.  Mrs Turpin, wife of Claud, has a vision of people journeying towards heaven which turns her own complacent world upside-down: ‘She saw the streak as a vast swinging bridge extending upwards from the earth through a field of living fire. Upon it a vast horde of souls were tumbling toward heaven. There were whole companies of white trash, clean for the first time in their lives, and bands of black niggers in white robes, and battalions of freaks and lunatics shouting and clapping and leaping like frogs. And bringing up the end of the procession was a tribe of people whom she recognized at once as those who, like herself and Claud, had always had a little of everything and the given wit to use it right … They were marching behind the others with great dignity, accountable as they had always been for good order and common sense and respectable behaviour. They alone were on key. Yet she could see by their shocked and altered faces even their virtues were being burned away’.

Let’s ask the Spirit to draw us beyond the glitter and even the welcome good- will factor of this Advent season to a deeper learning of God’s ways for our own lives. ‘The time’ has come – the moment of opportunity.  What difference will the birth of Jesus within each one of us make this Christmas, and will it be good news for the poor?