Skip to main content
Photo by UNDP Europe and Central Asia at flickr.com 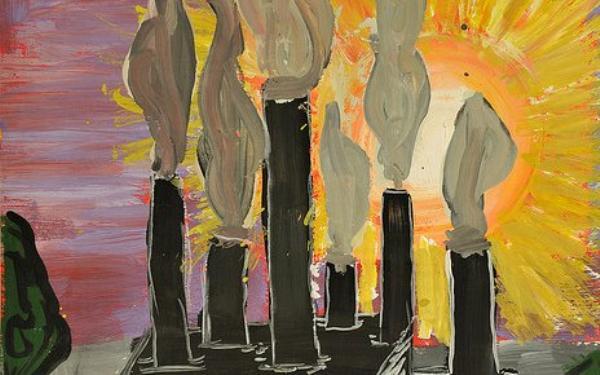 A recent report by the UN’s Intergovernmental Panel on Climate Change states that there is a 95% certainty that human behaviour has been the dominant cause of global warming since the 1950s. Mark Dowd argues that it is imperative that the report’s warning against sustaining current levels of greenhouse gas emissions is taken seriously by Christians. What would a truly Christian theology of creation look like?

Former US Vice President and renowned environmentalist, Al Gore, said in 2006 that global warming presents, ‘a challenge to our moral imagination’. Seven years after those words were uttered, it is tempting to conclude that humanity is not facing up to the challenge. The recent report by the Intergovernmental Panel on Climate Change (IPCC) concluded that, unless we plot a drastically different course, by 2100 our earthly home could be headed for climate breakdown. The last hundred years has seen average planetary temperatures increase by 0.85°C and scientists have warned of the dangers of this increase exceeding 2°C. Barring a transformation of our relationship with coal, gas and oil, the IPCC have warned of the dangers of a 4.8°C rise within 90 years.

The nature of the threat is unprecedented in mankind’s history: invisible gases, produced by burning fossil fuels, that lurk in the atmosphere for hundreds of years and have time-delayed, climate-transforming effects. By the time humanity wakes up to the dangers, the momentum of the process is so firmly established that it may be too late to stall and avoid the ‘tipping point.’ Given this backdrop, what should be the response of people of faith to such a bleak ecological outlook?

There are those who would deny that this is a matter for the world’s religions. I recall debating this issue with former Conservative Cabinet minister, Michael Portillo, some years ago on BBC Radio. ‘This is a problem for governments and scientists,’ he said, ‘I really don’t see why Bishops, Imams and Rabbis should be concerned.’ I retorted swiftly, asking him if he did not think it was a question of ethical justice if the people on our God-given Earth with the least culpability for carbon emissions were in the firing line for the worst effects of sea level rises, drought and erratic weather patterns. There followed a long pause and a respectful look across the studio microphones. I really think he had never heard the argument framed in those terms before.

We have a responsibility to truth-telling. A Thomistic tradition with roots in Aristotelian empiricism should not be afraid to ponder on facts and draw out conclusions. More than 9000 scientific reports and works were cited by the IPCC in their report. It is almost certainly the most thorough and comprehensive trans-governmental work of scientific cooperation in our collective history. Yet still the siren voices of denial avert their gaze. One of the most common mantras has been to assert that the last fifteen years have seen a stalling of global heating since the warmest year on record of 1998. But since when did climate scientists ever assert that temperatures would rise smoothly and inexorably, year on year? Any study of climate history shows that even during periods of cooling or warming, the pattern is not uniform. One of the key carbon sinks, the oceans, appears to have been absorbing disproportionately large amounts of carbon dioxide as coral reefs are destroyed due to acidification. But these so called sinks are not infinite (we are actually removing large parts of another one by rampant deforestation). What we do know is that there is a direct relationship between greenhouse gases such as carbon dioxide, methane and nitrous dioxide, and planetary temperature, the scientific basis of which was established as early as 1896 by a Swedish investigator, Svante Arrhenius. The IPCC now assert that it is 95% certain that humanity is the principle driving force behind climate change.

What exactly is at stake in this huge gamble with the planet’s delicate ecology? The last 30,000 years has seen a period of extraordinary climate stability as the concentration of carbon dioxide has remained static at around 260 parts per million. This is the benign backdrop to the huge advances in human history made possible as philosophical, theological and scientific enquiry have all occurred free of major ruptures to our weather systems. But these levels are now the highest they have been for 800,000 years. Even if we stopped burning fossil fuels overnight, many climate experts argue that global heating would carry on apace towards dangerous levels because of time lag effects. So do Christians simple shrug their shoulders and accept the inevitability of the climate juggernaut?

One piece of good news is the promise heralded by the election of Pope Francis. In the first few weeks of his papacy, he spoke clearly about man’s environmental responsibilities. ‘Cultivating and caring for creation is God’s indication given to each one of us not only at the beginning of history; it is part of His project,’ he said. ‘It means nurturing the world with responsibility and transforming it into a garden, a habitable place for everyone.’

It has been widely reported that Francis is preparing to devote an encyclical to the subject of creation care. Previous popes such as John Paul II and Benedict XVI wrote well on ecological themes, but their teachings were often buried as paragraphs within speeches and encyclicals which were devoted to other topics. The message was frequently lost. Devoting a whole encyclical to ecology would herald a major departure. So, faced with the climate conundrum and humanity’s tendency to destroy the natural habitats of species leading to a record rate of extinction, what might such an encyclical say usefully?

First, it is imperative to get the theological framework right. A truly Christian ecology has to be theocentric. It cannot be presented as a green manifesto with a spiritual tinge. No, a truly incarnational theology of creation has to talk about its intrinsic goodness because God called it ‘good.’ It needs to reject talk of ‘dominion’ as meaning man’s licence to exploit, and talk up human responsibility. It needs to beware of a dualism that is suspicious of the material world. Quite literally, matter matters.

Secondly, although it is not the Church’s role to address the details of specific policies, it does need to remind the world of its responsibilities to the poor and vulnerable through the prudent allocation of investment and resources. Climate instability threatens to precipitate tension between states over water and resources, and force millions to cross borders in search of more secure livelihoods. A practical ethic might advocate for the reduction of state defence budgets for weapons of mass killing and the diversion of investment into low carbon energy solutions and technology – a climate dividend, if you will.

Thirdly – and Pope Francis is well placed to do this, because of his reputation as a leader who eschews extravagance – we need a message that extols the virtue of prudence and sacrifice. All the technology in the world is not going to solve the problem of our reliance on cheap energy. We simply have to get used to using less and making stark choices. The average British citizen has an annual carbon footprint of just under ten tonnes a year (in the USA and Australia, it is nearer to 24 tonnes per capita). These figures need to be nearer to two tonnes. CAFOD’s ‘Live Simply’ campaign is a step in the right direction, but this needs a global push. So many of the problems surrounding the securing of international targets for carbon emissions revolve around the politics of fairness. Greenhouse gases straddle national boundaries, so we are all in this together, but narrow national interests have so far dogged negotiations. Who better to break through this logjam than a Bishop of Rome, a man grounded in his own love of the natural world, a man of simple tastes and frugality who heads a tiny nation state that is not enmeshed in the poker game of self-regarding national interest?

So many people feel helpless against the backdrop of the long term climate outlook. Much of this is due to inadequate communications. When scientists and politicians talk about gigatons of carbon and the complex intricacies of the European Union Trading Emissions scheme, eyes glaze over and minds wander. How many times have we heard the following: ‘what’s the point of turning my thermostat down when there is a new coal-fired power station opening in China every week?’ How does one counter such a resigned mentality? It is interesting to compare such an approach with our attitudes to other international crises. Following the 2004 tsunami in the Indian Ocean, churches and communities were asked to dig deep and hundreds of millions of pounds were donated to aid the rebuilding efforts in Indonesia, Thailand and affected countries. But how many of those donors posed the question, ‘Will my relatively small efforts solve the whole problem?’ Answer: none. So why do we, in our relationship to the wider environment, pit the small impacts of our own choices against the global picture and cite as it evidence for inaction? Is this, in its way, not a form of denial, a selective helplessness that allows us to turn away and refuse to confront the question? In this area, there is a deep need for an approach that has a rich history in religious discourse, namely virtue ethics. Actions are worth carrying out not simply because of their consequences, but because they are intrinsically right in themselves. A single citizen cannot take on the whole Chinese or American economy. He or she must simply do what is right in their own domestic situation and spread the word, not by pious green pharisaism but by humble example. Consumer choices such as sourcing electricity from a company that uses only renewable energy, rationing flying, growing food locally and taking advantage of government grants to retro-fit a house with effective lagging and insulation, can all be shared rapidly via social media to encourage a change of culture.

Only a sentimental eco-dreamer would claim this voluntaristic approach alone can avert the long term menace of climate instability. Ultimately this will require collective action and leaderships from governments and the genuine fear is that narrow national interest and inaction will prevail unless the nature of discourse undergoes a major transformation. The creation care agenda can be a positive tool. It can fashion a faith-inspired message to a global youth worried about its future. Moreover, it can form a basis for inter-faith dialogue, given that our common planetary destiny opens itself to the exploration of ‘green’ narratives in nearly all of the world’s creeds. The new Bishop of Rome is well placed to exercise leadership. Pope Francis stands above the political fray and commands the respect of political and faith leaders alike. Let us hope he uses his unique vantage point to speak out prophetically to a world that urgently requires a voice that brings humanity to its senses.

Mark Dowd is a freelance writer and broadcaster. He was the director and writer of the 2007 Channel 4 programme, God is Green.

Passenger pigeons and polar bears: the ethics of global warming