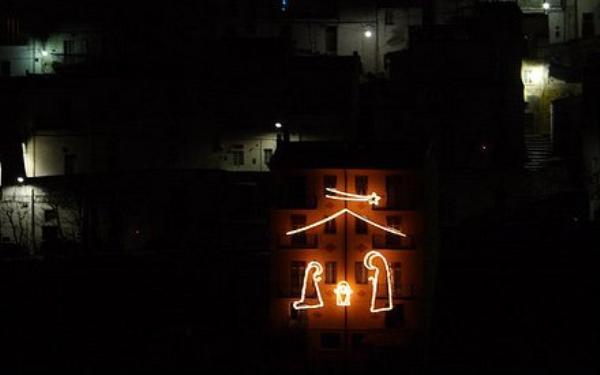 The Christmas carol, O Little Town of Bethlehem speaks of ‘the hopes and fears of all the years’ that are met in the town of Christ’s birth. Thinking Faith asked some of our authors to tell us about their hopes and fears for the year ahead: what are the prayers that they will bring with them to the crib this Christmas?

Jesuit of the Australian Province

Thank God O Little Town of Bethlehem never mentions the cold and snow or winter. Christmas carols that sing incessantly of these things drive me spare, a further example of the liturgical tyranny of the northern hemisphere over the south.

Bethlehem is a long way from Sydney: 14,100 kms; nine hours ahead; and the opposite season. Unless climate change really accelerates in the next week, we are not going to have a white Christmas here. Not even close. We are in the middle of high summer. Schools have closed, and the nation is heading to the cricket and to the beach. When we sing about the little town of Bethlehem here it will be hot and humid, even at midnight Mass.

What will unite most Christians around the world this Christmas, from Bethlehem to Bangkok to Brisbane to Birmingham, however, is the hope that the Middle East might soon know justice, stability and peace. There is nothing very silent about the nights in Palestine, Israel, Syria and Egypt these days. It is more about the place where ‘misery cries out’. We pray that all legitimate hopes are met, and fears alleviated, there in 2013.

On the local front next year, we will see an Australian Royal Commission begin into the sexual abuse of children in religious and other not-for-profit organisations. I have high hopes and well-founded fears about what this Commission will achieve. My hopes are that it will enable victims and their families to be heard and believed by the wider community. I pray that this process may go some way to healing what is a gaping wound in them, in the Church and our society. My fears are that the Church will not look at the root causes and systemic and structural sin that sees these crimes committed, and covered up for so long. This Commission will take years. 2013 will see Australian Christians enter, in the words of the carol, into ‘this world of sin’, and our sin will be laid bare for all the world to see. My hope is that the Child of Bethlehem can ‘cast out our sin, and enter in, [and] be born in us today.’

This idea is reflected in my favourite Advent poem, from Rev John Bell of the Iona Community in Cloth for the Cradle:[1]

So he,
the Lord of Light,
the Prince of Peace
the King of Love
came down and crept in beside us.

Finally my last, more simple hope this Christmas is that no priest anywhere in the world begins Mass by berating the congregation for actually turning up, ‘because why aren’t you here every week?’ Rather, I hope the warmth, welcome and love they find among us this Christmas is so palpable that they want to come any week and every week through the coming year.

I am sure most of us hope for certainty and fear uncertainty; unmindful of Binyon’s line (itself both hopeful and fearful): ‘Nothing is certain, only the certain Spring.’[2] Although we know that Blake was right to assert: ‘Some are born to sweet delight/Some are born to endless night’[3], we manage that feat of mental sleight of hand which brackets others in the latter category and ourselves in the former – until something goes wrong.

A reflection about what one hopes for next year would normally be personal – in my case that one whom I love will regain a little of her lost health. I guess that one’s fears are seldom measured in single years, in the way hopes are, but in decades – exponentially more fearful as one ages and the unanswered mysteries (Why? What next? What for?) creep in closer, persistent as the chilly fingers of an icy fog.

Huxley, drawing on Newman, reminds us: ‘You only can be independent of God while you’ve got youth and prosperity’, but as we age, ‘God emerges as from behind a cloud’.[4] I sometimes fear that I might miss that emergence and leap into eternity without a sense of answers to any of it; but it is not a fear that is particularly urgent.

A response to the question of what one hopes and fears in the near future ought to generate answers which smack of the philanthropic person’s concern for the Wide World. One might fear fracking, bloodshed in Syria, North Korea’s long-range missiles, the spiralling population, Euro breakdown, global warming’s floods, the decline of Western religion, food shortages, uncontrolled immigration…. so many potentially sleep-depriving worries whipped up by a yapping press and 24/7 docu-news (‘If I had chucked a £50 note out of the window every second since the birth of Christ, that’s how big the UK’s national debt is’ – you know the sort of thing).

And what could one hope for as corollary to these fears? The speedy reverse or cure of all or some of the above? Fat chance!

Actually, such concerns are merely the niggling econo-political muzak of our lives. Most of them don’t concern us, now. It’s impossible imaginatively to encompass them. So we can shuffle them to the back of our minds, especially as most of us won’t be here to see the arrival of whatever apocalypse is promised (‘Experts believe that mean sea-levels will have risen a further 20cms by 2090’). You have to be young (and believe in the efficacy of demonstrations) to think you can make a difference. As you age you become more aware of what can go awry; and it’s always in the particular, personal things, and you can only hope it won’t – yet….

No, I think that what I hope for in 2013 is to keep that stoical (and Christian) faith which, with Hamlet, asserts that ‘There’s a divinity that shapes our ends/Rough-hew them how we will’.[5] What I fear is finding that I’ve ceased to believe, with Marcus Aurelius, that ‘all which befalls you is good – it has been your destiny since the beginning of the world’.

Each year I avoid the despair of unbelief is a good year.

Christmas without the crib? Mark’s Gospel in Advent

The social reality of Christmas