Skip to main content
Photo by Mylor at flickr.com 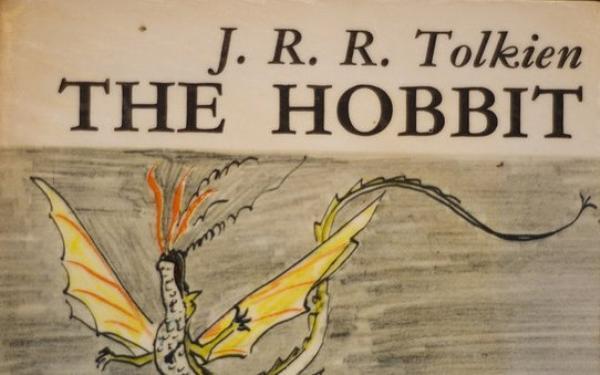 The first part of the much-anticipated adaptation of J.R.R. Tolkien’s The Hobbit is now in cinemas. Dr Alison Milbank, author of Chesterton and Tolkien as Theologians, spoke recently about Tolkien’s theology and the way in which fantasy literature stimulates our collective imagination. Read and watch her description of the journey ‘there and back again’ on which Tolkien takes us.

J.R.R. Tolkien was a Professor at the University of Oxford for most of his life, specialising in the history of the English language and the languages which fed into it, such as Anglo Saxon. He was a devout Catholic, brought up particularly by his mother, and when she died he was under the guardianship of a Catholic priest, living in a flat with his brother in Birmingham; and he went on to go Mass daily for the rest of his life, really. He used to cycle off in Oxford, sometimes with his sons, early in the morning.

The origin of The Hobbit is probably some marking of exam scripts in about 1932 to gain some extra money. Tolkien was getting very bored so he found himself writing the first lines of the novel on the exam script: ‘In a hole in the ground there lived a hobbit’. And in the years following he developed the story into a fairytale, romance, adventure about Bilbo Baggins, the respectable, middle-class, bourgeois hobbit, who lives in a round hobbit hole and who is contracted by some dwarves to go to regain their treasure from a greedy dragon who has it in his hoard. And it’s the journey there and back again which is told in the novel.

There are always deeper intentions with Tolkien. The story has very much the voice of the parent. But I believe it’s a story about dwarves, which means it’s a story about our human love of objects, of money, of stuff, and how we should learn to treat the goods of the earth properly. Dwarves dig underground, they mine jewels and then they become obsessed by them, just like the dragon, and they don’t want to share their gold with anybody. When they actually get there [the Lonely Mountain] and Bilbo enables them to get the hoard, they want to keep it for themselves, even though it’s a human being, Bard, who has actually with his arrow killed the dragon and has enabled them to get their hoard back. And they want to keep it all for themselves. But Bilbo, ‘the burglar’ as they call him – that’s what they want him to do, to steal the gold – he actually takes the Arkenstone, their great, heraldic, ancestral stone, and he gives it to the men and the elves who’ve come to share the booty, as a way of trying to make peace between them. In a sense he uses gift to try and provoke a reciprocal generosity. And at first the dwarves are really angry about this and eventually they do see the point of it. I’ll quote from the novel what Thorin, the head of the dwarves, says to Bilbo when he dies: ‘I go now to the halls of waiting... Since I leave now all gold and silver, and go where it is of little worth, I wish to part in friendship... If more of us valued food and cheer and song above hoarded gold, it would be a merrier world.’ So he realises their capacity to hoard everything, rather than to share it and distribute it. For Tolkien this would have had a political resonance as well, influenced by Catholic Social Teaching from the early part of the century, which was seeking a third way between the extremes of capitalist individualism and socialist denial of the individual. They sought something called distributism, where money and goods were to be distributed as widely as possible in society, and you can see that really underpinning the novel in a children’s book version.

I think fantasy has become important right now, not so much because people wish to escape – though I’m sure they sometimes do and fantasy does offer imaginative escape – but it gives you a critical distance from the world as it is. And at the moment our politics is all very, very similar; it seems as if we can do nothing about the appalling problems that beset us, or as if there is no other way of thinking about them. And fantasy, and science fiction which goes with it, imagine difference: different worlds, different peoples. So they take us away from thinking that everything has to be the way it is and make us imagine a different way of doing things, so that we can actually return to the real. The Hobbit is subtitled, ‘There and Back Again’, so we go away into another world and then we return, and we see our own world as if we were martians or as if we were hobbits, and it can now seem strange. And it should enable us to want to change it. I think, too, that novels like Harry Potter obviously offer a kind of liberation idea for children: it sort of empowers them to imagine that they can actually do magic, they can actually intervene, so it has its own particular qualities. But Tolkien goes on being important too, because we imagine a different relationship with the natural world, a relationship that’s more like the one you can see in the Chapter House in Southwell Minster, where we have some of the earliest, naturalistic leaf carving in Britain. It’s painted with love as if it were alive, as if it were doubly real, as if it almost had a life of its own; and that’s what nature is like in Tolkien. It’s not a dead nature – it’s a nature that can sometimes be very frightening, like the spiders that try to entrap the hobbit and his dwarf friends – but very often it’s a world that has to be treated with respect, with reverence, and co-operated with. So the hobbit and the dwarves are rescued by eagles, warned by a thrush.

It’s absolutely true I think that fantasy fills a spiritual hole, that where organised religion is becoming less part of the cultural imaginary, people need it and they look to these texts for it. And it is ironic that they look to C.S. Lewis and Tolkien, and even J. K. Rowling, because they are looking to Christian writers, who are offering imaginative conceptions of a whole world – not just a narrow world of religious doctrines but a world that is suffused with meaning, because if you’re logical and you’re an atheist the world cannot sustain that kind of meaning, it would be illogical to think it does. You can really only have the real if you have the supernatural to undergird it, the metaphysical, if you like.

I think Tolkien would be quite surprised to see how popular his works remain. He did encourage other people to continue his work: he said he was writing a mythology for England and that other people should continue it and extend it, and obviously the recent film trilogy represents that. I think he would have thought they were too epic in scale and not faithful enough to the very handmade quality of his world. Yes, they did reproduce with loving care many of the objects for Edoras (the home of the Rohirrim), the Shire and so on, but without the kind of film aesthetic that went with it. It’s not a dogma film where there is a handheld camera and the human mediation is there; they’re very much Hollywood-type budgets, Hollywood-type approach to characterisation, and so on, and I think he would have found that problematic. But who am I to say?! I do not know – you would have to ask those closer to him!

Dr Alison Milbank is Associate Professor of Theology and Religious Studies at the University of Nottingham. She is the author of Chesterton and Tolkien as Theologians (T&T Clark, 2009).

This is an edited transcript, reproduced with permission, of a video produced by the Centre of Theology and Philosophy at the University of Nottingham.

Centre of Theology and Philosophy

Read Ambrose Hogan’s review of The Hobbit: An Unexpected Journey