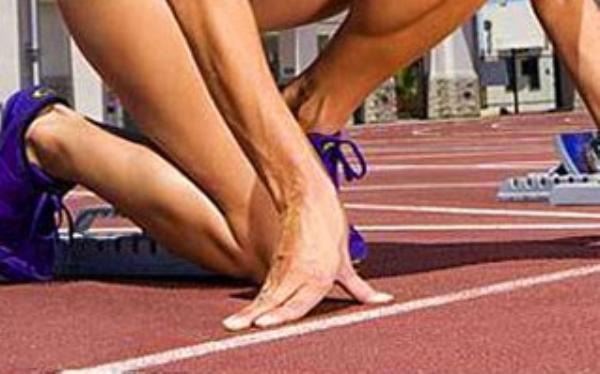 18 April marks the start of the 100 day countdown to the opening ceremony of the London 2012 Olympic Games. James Parker of Catholic 2012 urges us to channel the growing excitement about the Olympics and Paralympics into efforts to build a legacy of peace. How can we ensure that the events of London 2012 take place in the spirit of peace that the first Games were intended to create?

‘How can we bring a pause in the endless cycle of war and violence that has plagued this land?’ You might think that this is very much a modern question being asked by the UK’s political leaders, especially after the rioting on Britain’s streets last summer. And yet this question was asked by an elderly Greek king called Iphitos some 3,000 years ago in his desperate search for a legacy of peace for the generations after him. The answer that the king received was to: ‘conceive of an event which would allow for men to pause from fighting temporarily without appearing weak or losing face [where they] see their opponents as fellow human beings with families and shared hopes, fears and dreams. Conceive of such an event, then a pause for a purpose would show that peace was possible.’ And so the Ancient Olympic Games were born.

The Games were to be held in the Temple of Zeus, the holiest of places in the Ancient world, consisting of competitions every bit as ‘manly’ as war. Participants competed together as Olympians and their prize was served not in the blood of their opponents, but in the respect of their achievement. Surrounding the Ancient Games was the declaration of a Sacred Truce which would permit not only the competitors themselves but also spectators, statesmen, priests, artists and judges to travel to and from the Games in safety, and every four years for over a thousand years the Truce was observed.

The Modern Olympiad is now seen as being more symbolic than sacred. In just over one hundred years they have been cancelled three times due to war, been the subject of mass boycotts on five occasions, terrorist attacks twice and the modern Olympic Truce has been violated on virtually every single occasion.

So, can we as a global society rediscover what the Ancient Greeks practised some 3000 years ago and see even a brief pause from warfare realised in our time? Many believe we can.

Since 1993 the United Nations General Assembly have made an effort to take the Olympic Truce seriously by making it a Resolution. The Assembly requires all signatories to the Truce – 193 member states in total – to ‘pursue initiatives for peace and reconciliation in the spirit of the Ancient Games.’ A fresh Resolution is proposed to the General Assembly of the United Nations for every Olympic and Paralympic Games, both summer and winter, and it has always been signed enthusiastically by each member state. However, in reality, there is no evidence of any member state ever taking any serious initiative to implement the Resolution. In October 2011 all 193 member states did in fact sign UN resolution A/RES/48/11promising to ‘abide by the Truce, individually and collectively, and to pursue . . . the peaceful settlement of all international conflicts’.

The word ‘truce’ in the minds of many may be seen as weakness. However, it is not. It is something profoundly courageous and requires its supporters to take enormous risks. If men and women would apply their minds to ideas for peace with the same resource and ingenuity that they apply to war, then the Truce and the Olympic and Paralympic Games could again become a power for greater good across the world.

As the host nation of the 30th Olympiad, the British government proposed the Resolution for the London 2012 Olympic & Paralympic Games to the United Nations General Assembly last October. With British troops deployed in direct warfare in different pockets of the globe, and with knife and gun crime ever present on our cities’ streets, London and our major cities become the ideal places, and now the ideal time, where and when our politicians rediscover the original meaning of the Olympic Truce.

Of course, a truce cannot be unilateral. It takes at least two to be involved. There is, therefore, no point in the Resolution suggesting that only one side in a conflict lay down their arms. It does suggest that the offer for a pause in the conflict be made in good faith. Even if a pause in conflict were possible, then we prove that peace is possible. If we all do whatever we can to bring this Resolution into reality we will leave a significant and long-awaited legacy, which will not be measured in medals won or records broken, but in lives healed and hope at least partially restored. That is the type of Olympic achievement that benefits everybody. So, how do we make it happen?

Several initiatives are already underway to try to live out the Sacred Truce as a modern-day reality. First, the dioceses of Westminster, Brentwood and Southwark are pursuing a number of opportunities for Catholics to work with others to develop a ‘peace response’ to the Games which we hope others will seek to copy.

Schools are being encouraged to organise events and activities on a peace theme on 8 June 2012, fifty days before the 2012 Games Opening Ceremony. Parishes are encouraged to mirror these on 28 October 2012, fifty days after the Paralympics Closing Ceremony. In between these dates, our parishes and schools have a unique opening and a once-in-a-lifetime opportunity to devise days, occasions and activities which celebrate peace through prayer, sport, and culture. They are, however, not only about celebrating the actual Games, but also about creating a legacy of peace within our neighbourhoods and communities once the Games are over. The ecumenical charity, More Than Gold, has also adopted this theme. If the common man and woman strive wholeheartedly for peace, then maybe our political leaders will stand up and listen more attentively.

Other initiatives include different Christian communities and denominations, and other faith groups, gathering in a Vigil for Peace at St Martin-in-the-Fields in Central London from 10pm on Friday 8 June until 12 noon on Saturday 9 June 2012, as a witness that we are a nation that seeks to uphold and strive for peace. London Citizens, supported by the Metropolitan Police, British Transport Police and Mayor of London, will launch City Safe Havens across different boroughs of London in memory of murdered teenager, Jimmy Mizen. These will be places where local communities can work in partnership to report and discourage crime and anti-social behaviour, and offer temporary shelter to young people in immediate danger.

Lord Michael Bates, a Tory peer and Deputy Chairman of the Conservative Party, has returned to Britain recently having walked from Mount Olympus in Greece to London to draw the attention of the nations en route and further afield to the importance of the Sacred Truce. His website is full of practical ways in which the Catholic community and all who seek peace can also make modern Olympic history and see the Ancient Olympic Truce brought back to life.

Practically, our churches and schools can offer simple hospitality to people who will gather in the streets across Britain to welcome the Olympic Torch as it passes from city to town to village over seventy days. Christian communities can repeat this hospitality by inviting their whole neighbourhood to a large shared lunch on the Sunday of the Queen’s Diamond Jubilee celebrations. There is also the need to offer simple hospitality to welcome the family members and friends of athletes from poorer nations during the Games through the Athlete Family Homestay Programme. This has been adopted by More Than Gold and involves opening our homes for eight nights of free bed and breakfast to someone less well off than ourselves who will support their family member competing in the Games.

In 2002 Yusuf from Africa had the opportunity to escort his cyclist friend competing at the Commonwealth Games in Manchester. He was hosted by a British couple and said of his stay: ‘Everything was excellent. They were very open to me and I enjoyed every bit of their company.’ The reaction of the couple themselves was similarly upbeat: ‘We have benefitted a lot and have met someone who we have grown very fond of. He is a Muslim and we are Christians but there are so, so many things we have in common.’

Of course, our efforts and support for sporting initiatives that build peace do not end in 2012. Britain will host the Commonwealth Games in 2014, the Rugby World Cup in 2015, World Athletics Championships in 2017 and the Cricket World Cup in 2019. With this in mind, and desiring to apply Blessed John Paul II's rich teaching about faith and sport, our bishops have established their own legacy project in the form of the John Paul II Foundation for Sport. Every parish, school and sports club – Catholic and otherwise – can become a part of a wider, nationwide family that continues to uphold as its prize ‘the respect of achievement’.

For many, actively engaging in building a community of peace around them might seem something quite intangible. However, everyone can play a part. When asked what legacy they would want from the 2012 Games, a group of Inner London secondary school students replied ‘peace on our streets, in our homes and in our hearts’. The legacy they dream of must begin within the deeper places of each one of us as individuals. According to a thought attributed to St Ignatius of Loyola : ‘If you seek peace and tranquillity, you will certainly not find them so long as you have a cause for disturbance and turmoil within yourself.’[1] If the forthcoming Olympic and Paralympic Games present us with any particular challenge then it is this: we need each to examine our own hearts and to face the places where peace does not dwell – we need to look towards our individual selves, towards our neighbour and towards God. Only in this way, when our hearts welcome and experience peace, can our homes and indeed our streets be places of true peace.

The Olympic and Paralympic Games are the globalsporting bonanza, bringing together athletes who have trodden an intensive journey of arduous training for a prize that is made of fine metal. However, the Games will only make any real difference if we as a nation prepare in the same manner as for the original Olympiad, focused on our own training programme to end war and violence. Surely, there is no better gift the British nation could offer the world through the 2012 Games than a blueprint for future host nations to continue to build a world of peace.

James Parker is Catholic Coordinator for the 2012 Olympic and Paralympic Games.

[1] Thoughts of St. Ignatius Loyola for Every Day of the Year, translated by Alan G. McDougall from the Scintillae Ignatianae compiled by Gabriel Hevenesi SJ (New York: Fordham University Press, 2006)

Faith in the Workplace