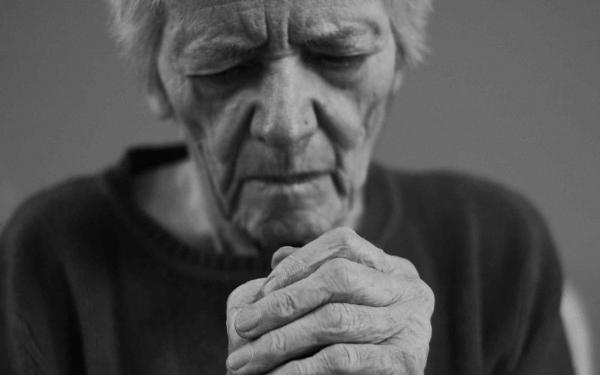 On Saturday 18 September, Pope Benedict visited St Peter’s Residence, a Catholic care home in Vauxhall. As he met with the residents, the Pope spoke movingly about his own experience of ageing. Angela Kitching thinks there is much to be learned from his words, by people of all generations, in the context of the UK’s ageing population, particularly by those involved in the debate over funding for care for the elderly.

One of the most notable aspects of Pope Benedict’s visit to the UK has been the enthusiastic response to his teaching by groups of young people. At Hyde Park, the Pope’s homily was interrupted by cheers and chants of ‘Benedictus!’ as he spoke directly to younger members of the congregation. But a quieter welcome offered by the staff and residents of St Peter’s Residence, a Catholic care home run by the Little Sisters of the Poor, should resonate just as loudly.

Despite the picture portrayed by the vibrant youth movement on display during the papal visit, the majority of Catholic parishes are served, attended and maintained by people aged over 50. This reflects a wider demographic change in society. In the UK, the fastest growing population segment is people aged over 85. In 2009 their numbers reached 1.4 million and people aged over 85 will number 3.5 million (5 per cent of the total population) by 2034. So, the fact that Catholic parishes reflect an ageing population should not surprise us, but the 83-year-old Pope’s response to his peers is noteworthy.

The Pope, during his address to the residents of St Peter’s called our ageing demographic ‘a blessing for society’ and highlighted care for the elderly ‘not so much an act of generosity as the repayment of a debt of gratitude.’ Those involved in the current public debate over the funding of care for older and disabled people could learn much from these words. Age UK predicts that if social care services are subject to the same financial cuts as other areas of the economy (cuts of 25 per cent), then councils would only be able to afford home care services for around 500,000 frail older people, compared to the one million who are projected to be eligible in 2012 under the criteria used by local authorities today. The ‘debt of gratitude’ the nation owes to its older members in this financial climate seems unlikely to be discharged by the state, so what guidance does the Pope offer us as a response to frailty in old age?

Emphasising a ‘proper respect for the dignity and worth, the health and well-being of the elderly’, Pope Benedict called on the Church through its charitable institutions to, ‘respect life, regardless of age or circumstances.’ The Pope’s reference to respect for life in this context may of course have alluded to debates over end of life care and assisted dying, but in the context of St Peter’s Residence it was clear that he was also demonstrating empathy with the physical frailty of the residents around him. The indignities of some aspects of ageing are a long way from the polished, consumer culture the media presents to us as a reflection of Britain today. The Pope’s words should inspire us to demand a culture which is more open to presentations of frailty. Indeed, Pope Benedict noted that many people found the public suffering of the late Pope John Paul II a ‘moving example’.

He went on to demonstrate another way in which society could improve its response to frailty in old age: he publicly identified himself as frail and old. I believe the strongest statement Pope Benedict made in his speech was a demonstration of equality and empathy: he said, ‘I come among you not only as a father, but also as a brother who knows well the joys and the struggles that come with age.’ In this statement, Pope Benedict associated himself entirely with the people of his generation, the residents of a care home, who surrounded him. If we were each to acknowledge our relationships with people in later life in this way: as a proud grand-daughter, as a friend, as a carer, as a sister or brother, we would have a greater sense of solidarity between generations. Indeed, strong links between generations have been demonstrated to be an effective way of breaking down harmful ageist stereotypes which in their worst expressions limit access to healthcare treatments for older people or dismiss younger people as ‘feral youths’.

If we all acknowledged our age more publicly and the links we had with people of different generations, it could have a transformative effect on our understanding of the society we live in. Britain as an ageing society has two options in the coming years: We can continue to exclude older people from our self-image as a nation. Or we can, as Pope Benedict did today, acknowledge that many more of us today are brothers and sisters who know well ‘the joys and struggles that come with age’. Adapting to our ageing society, including our ageing parishes should be a task of witness to human frailty but also to the strength of lessons learnt and knowledge and talents acquired. We could choose to be a society that strengthened links between younger and older people. As the strong youth presence at Hyde Park and Westminster Cathedral demonstrated today Catholicism appeals to different generations; bringing together young and old for a common cause is a challenge which the Churches are well placed to respond to. The more specific challenge of ensuring dignity for people who need care and support is also acute.

If reductions in funding and a Government push for increased personal responsibility through the Big Society do lead to less structured support for older people who need care, individuals, charities and parishes will need to carefully evaluate their role. How much do we want the state to guarantee support for people who need care and to what extend can society step-in? In Britain today over 6 million people are already carers for a friend or relative, a strong and often silent testament of self-sacrifice. If informal care is to take on an even greater role then how can the Church and charities extend their support? The Pope gives us a clear first step, it will be important to hold up a mirror to ourselves and be honest about the picture of ageing we see. People who need care and support will only receive the dignity they deserve when we acknowledge we are brothers and sisters, children, grand-children and friends to those we are making decisions about.

Angela Kitching works for the charity Age UK but is writing in a personal capacity.

‘Being for others’: Pope Benedict speaks to the religious congregations of the UK