Skip to main content
Photo by Cayusa at flickr.com 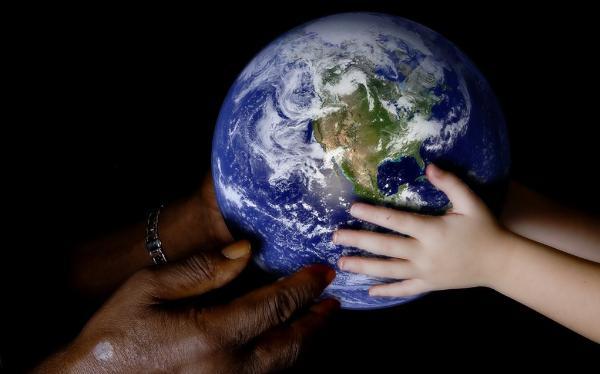 As we prepare for the release of Pope Benedict’s encyclical on globalisation, Peter Knott SJ reflects on how the Church and her members bear witness to their faith in an ever-changing society.  How do we think, pray and live as Christians when the horizons of our worldview are continually expanding and new challenges are presenting themselves?

A time of transition

In Western European countries Christian life is undergoing a profound change. We are in one of those transitional periods which mark the emergence of new ways of being human, akin to the social transformation following the fall of Rome in the fifth century, the end of the Middle Ages and the Renaiss­ance in the sixteenth, or the Enlightenment in the eighteen­th century. We are crossing a threshold, knowing what we are leaving behind without seeing clearly where we could be heading.

On the one hand we are witnessing renewed doubt concerning religion.  Sunday practice is no longer seen as a necessary criterion of Church membership, the word of authority no longer carries much weight among the faithful. Sincerity, personal conviction and individual conscience are thought sufficient for many.

On the other hand we are witnessing a return to a religiosity, leading to practices drawn from diverse religious traditions. Most Christians would probably say that they pray regularly. Together with these man­i­f­estations of individual religiosity, there is a sensit­ivity towards the values of solidarity. People commit themselves willingly to the causes of justice, peace and the future of creation (ecology). Inter-religious dialogue is leading to a rediscovery of the strength of prayer in common for the needs of humanity.

Crisis entails a danger but also an opportunity, and what we are witnessing invites us to reflect on the meaning of Christianity and its originality.  It has been said that Christ­ianity is ‘the exit from religion’.[1] This provocative expression carries a partial truth.  What characterises Christian­ity is not religion but faith, adherence to Christ. It is true that Christian faith is manifested through religious forms, but these forms can be similar to those of other religions to such an extent that it is difficult to distinguish Christianity’s specific trait. Yet the adherence to Christ as Word of God and word about God does characterise it and distinguish it from every other religion.

This following of Christ, ‘the man for others’, draws a Christian into the dynamics of love and giving, a life given for others, sealed by the total gift on the cross: the new commandment of love and the cross mark the originality of Christianity in society.

The experience of faith is not an individual adventure.   If a Christian hears the Word of God it is because it has been announced by others. And because the Christian reads it and tries to understand it with the Church, he or she avoids the trap of subjective interpretations which might only be the projection of our own fantasies.  Christianity is necessarily a community experience.  Salvation is social.

Our Christian faith invites to look down with the Three Divine Persons upon the whole expanse of the earth filled with human beings, seeing the whole world in the diversity of its inhabitants, in its past and present history, the history of which we are both the result of and the witnesses to.[2] We live this experience every day when we read the newspaper, listen to the radio or watch TV.

The Christian worldview takes into account everything that lives and moves in the universe, everything that is reported in the media. This observation is not limited to humanity alone: aware of the harm caused by oil slicks and different pollutants for example, it also includes nature and animals (ecology).  In our age of interplanetary explorations it embraces the whole of the cosmos.  Hence the saying, ‘A Christian is a person who holds the Bible in one hand and a newspaper in the other.’

As Christians, the way we see the world must follow the way God sees it – benevolently.  For God allows himself to be moved by the hardships which weigh down the world, the dramas enacted in it, the catastrophes which ravage it. Our gaze must engender the desire to work for the world’s salvation, like Jesus’ gaze on the crowds which pressed around him: ‘And when he saw the crowds he felt sorry for them because they were harassed and dejected, like sheep without a shepherd’ (Mt 9:36).  Our gaze too must be one of sympathy and compassion.

Compassion is one of the original contributions of Christianity to the contemporary world. Recognising that the world needs compassion is at the same time wanting its salvation (healing) – it is understanding its mediocrity, its fragility, its weakness. If Christianity is to draw the world upwards, it will not be by starting with demands for purity and commitment but through compassion and loving kindness. This broad vision is made easier today by the abundance of means of communication, the immediate access to news from any point of the globe.  We can no longer remain closed off within the narrow horizons of our own small world.

However, though globalisation represents an opportunity to broaden our outlook, the abundance of information can disconcert us – the wider awareness of the miseries of the world, its needs, the distress of humanity and the urgency of necessary help can confuse us.

In addition to the natural catastrophes that afflict the planet, humanity, like the sorcerer's apprentice, is no longer able to exorcise the new threats engendered by its own discoveries, to the point that the optimism aroused by the discoveries is tempered by the gravity of the new dangers. Certainly every scientific victory moves forward the frontiers of knowledge and power but it does not abolish all problems.  Sooner or later humanity comes up against new limits, and we realise that we are neither all-powerful nor self-sufficient.

Faced with our sinfulness, believers remember that we cannot save ourselves.  These moments of distress invite us to turn to God who can: this is the great conviction of humanity expressed in the Psalms.

And here intercession finds its place, though we must beware of a superstitious concept of prayer. Some prayer movements or groups expect miraculous effects from their prayer and mislead people in distress with prayers of healing which, they say, will infallibly be granted. We must not speak of prayer without recalling St Ignatius’ teaching:  'Pray as if everything depended on you, and nothing on God; act as if everything depended on God, and nothing on you.’ And, in the words of John Paul II: ‘Praying does not mean escaping from history or from the problems which present themselves in it. On the contrary, it consists in choosing to face reality, not alone but with the strength which comes from above, the strength of love, of which the ultimate source is God’.[3]

For every Christian, whatever our situation, it is the quality of our attitude towards our neighbour which makes it possible to say whether prayer is a mono­logue with oneself, an easy way out, or whether it constitutes a true relationship with Christ – who has severe words for those who are content to say and not to do. ‘It is not those who say to me, “Lord, Lord,” who will enter the kingdom of heaven, but the person who does the will of my Father in heaven.’ (Matt 7.21-23) We should realise that neither miracles nor prop­hecies are sufficient to authenticate a prayer. It is the link between prayer and action which makes it credible.

Our daily prayer is not just a pious formula but the commitment to live in open-mindedness and freedom.  In this sense we should remember that each one of us is determined by our background. The heredity we carry with us, the social and family environment into which we were born, the education received, the morals instilled in us, the religion in which we have grown up, and many other influences affect our freedom to some extent   We can’t help our bias, but we can recognise it and pray to keep a balance.

Many of our contemporaries distance themselves from the teaching of their churches. Their first reference is their own conscience, without realising that conscience has to be formed and that morality is not a matter of taste but emerges from the way we are constituted as human beings – what behaviour makes for our flourishing and what harms us.

We all want to be free people, but real freedom is being free to do as we ought. The path of freedom and the passage to adulthood require the gift of self, through a loving act. ‘Every loving act influences the entire world, lifts it up and makes it progress towards unity, just as every refusal delays it in its ascending evolution towards a higher threshold.’ (Teilhard de Chardin)

The grateful love with which we respond to the love of God, from whom all good comes, can only be shown through the gift of oneself to God. This abandonment into God's hands does not consist in standing aloof in relation to daily life but, on the contrary, in living more fully our condition as creatures, welcoming other creatures as gifts of God, living each event, each meeting as a meeting with God, recognising that God lives and is active in those around us, whoever they may be.

Every friendly or ungrateful face, every joyful or sad event, carries a mysterious presence which begs our acceptance.  The supreme model for this open-mindedness and gift of self is Christ on the cross.  So we must look for help towards the One who said that there is no greater love than to lay down his life for his friends, and who did this by surrendering his own body, by shedding his own blood.  This is what the Church is for – to help us become like Christ, to become Christ for others.

[2] St Ignatius encouraged us to view the world in this way in his Spiritual Exercises.