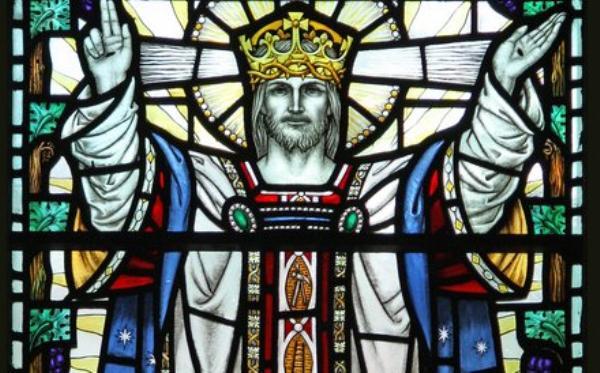 The Year of St Paul has ended and we have now begun the Year of the Priest, which will be marked on Thinking Faith with a series of articles and reflections. In an extract from a new anthology on priesthood, Gerry O’Collins SJ shares some thoughts on the priesthood of Christ, as understood by Paul, and considers how ordained ministry continually draws on aspects of Christ’s priesthood.

After several years of joint research, Fr Michael Jones of Huntington, Connecticut, and I have spent this year of St Paul (June 2008 to June 2009) writing a book to be published in 2010 by Oxford University Press, Jesus Our Priest. The more time we invested in examining the Scriptures and two thousand years of Christian tradition, the more precious themes emerged and took shape for us. Let me share three of our insights into the priesthood of Christ.

First, the Last Supper, crucifixion, resurrection and exaltation into glory unquestionably formed the defining moments in Christ’s exercise of his priesthood.  Yet the years of his public ministry should also be recognised as priestly. As the Letter to the Hebrews and many great voices in the tradition acknowledged, his priesthood began with the incarnation.  He did not become a priest at some later stage, but from the start he already was and acted as a priest.  In particular, his public ministry was no ‘mere’ prelude to the exercise of his priesthood.  Proclaiming the kingdom, healing the sick, forgiving sinners, feeding the hungry and the other activities that filled the years of Jesus’ public life belonged to his priestly ministry as much as his institution of the Eucharist during the celebration of the Last Supper.

Hence St Paul could characterise as a form of priestly liturgy and sacrifice his work of evangelising the Gentiles.  In spreading the good news, the Apostle knew himself to be acting as a sacred minister and offering worship to God.  Paul ‘was a minister of Christ Jesus to the Gentiles, in the priestly service of God’s gospel’ (Rom 15:15-16).  When preaching, teaching and pursuing his whole pastoral ministry, Paul was as much a priestly minister as when he baptised some converts (1 Cor 1:16) and presided at the celebration of the Eucharist (Acts 20:7-12).

Second, in celebrating the Eucharist (and, indeed, in further areas of their ministry) ordained priests are visible signs of the invisible, but dynamically present, Christ.  At every Eucharist, Christ is the Offerer, the One who invisibly but truly offers the sacramental celebration of his once-and-for-all sacrifice. He takes up into his self-offering the visible priest and the assembled faithful.  In the Eucharistic meal he shares himself with all the faithful. The ordained priests act ‘in the person of Christ’ – not in the sense of replacing him or substituting for him but in the sense of acting as visible signs of his invisible and dynamic presence as the Offerer and the Offering.  The visible priest presides at the Eucharistic ceremony, but it is Christ who perpetually offers his sacrifice. One might take some famous words of Augustine about baptism and apply them to the Eucharist by saying: ‘Peter presides, Christ offers.  Paul presides, Christ offers.’

Third, the priesthood of Christ involved him not only in being tried and tested but also in becoming vulnerable to lethal persecution.  Extreme vulnerability belonged to the ‘job description’ of his priesthood provided by the Letter to the Hebrews.  His passion and death dramatised the utter vulnerability of his priestly vocation.  But his death led to his resurrection and exaltation to the Father’s right hand, where he continues eternally his priestly work of self-offering and intercession (Rom 8:34).  As Paul put matters, Jesus was ‘crucified in his weakness but now lives by the power of God’ (2 Cor 13:4).

In an apostolic and priestly way, Paul himself shared in that ‘weakness’ and lived by that same ‘power’.  Hence he declared: ‘I am content with weaknesses, insults, hardships, persecutions and calamities for the sake of Christ: for whenever I am weak, then I am strong’ (2 Cor 12:10).

Mike Jones and I have become more convinced than ever that any version of the ordained ministry will remain theologically and spiritually impoverished, unless it clearly and consistently draws its reflections from the priesthood of Jesus Christ himself.

Priesthood: A life open to Christ

Read more of Thinking Faith’s series for the Year of the Priest:

Priesthood in the Society of Jesus – Bernard Sesboüé SJ