Skip to main content
Photo by shimgray at flickr.com 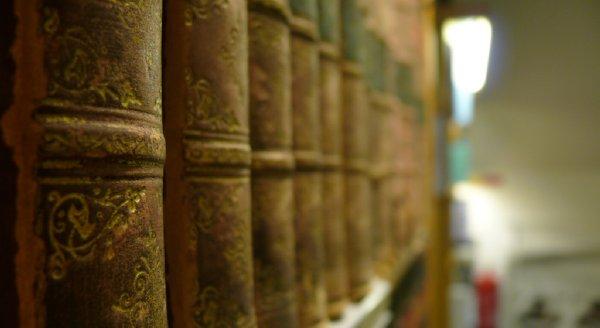 In the second part of his series on Thinking Faith, Paul D. Murray traces the development of the notions of dialogue in Catholic thought and practice before and after Vatican II, and explores the need for these to develop further.

Let us recall my friend’s quip about Catholicism being given more to monologue than to dialogue.  Certainly there are episodes in the history of Catholicism and aspects of Catholic practice that might incline one to such a judgement.  For example, it might follow if one took as one’s measure of Catholicism the kind of rigidly defensive, if historically entirely understandable, denunciation of the need for the church to accommodate itself to the ways of the modern world that we find in Pope St. Pius IX’s 1864 Syllabus of Errors, culminating in: ‘If anyone thinks that… the Roman pontiff can and should reconcile himself with progress, with liberalism, and with recent civilization… let him be anathema.’  Again, in the context of Christian ecumenism, Pius XI’s uncompromising statement in his 1928 encyclical, Mortalium Animos, might come to mind: ‘There is only one way in which the unity of Christians may be fostered’, he wrote, ‘and that is by promoting the return to the one true Church of Christ of those who are separated from it; for from that one true Church they have in the past unhappily fallen away.’  Here the required movement, learning and conversion implied by the ecumenical calling is envisaged as being all one-way.

But if dialogue seems to have been in short supply in the period stretching from Vatican I to Vatican II, it is, in contrast, perceived by some as having become one of the central categories at Vatican II and in the years following.  For example, on the basis of rhetorical analysis of the style of the Council’s language, the eminent Jesuit historian of theology, John O’Malley, claims that the embrace of dialogue is correctly to be identified as the core development in ethos associated with the Council.  As evidence he points not just to the explicit adoption of the actual concept of dialogue but to the broader shift evident throughout the Council documents from neo-scholastic categories and modes of proceeding to a self-consciously pastoral mode concerned to take contemporary reality seriously.  In short, the very style and not simply the conceptual content of the Council was dialogical.

1964 is regarded as the key year in this analysis, distinguished by the publication of four key documents, all drawing upon dialogue as a key category.  These were: 1) the Council’s schema III on revelation in July 1964, including a novel paragraph on revelation as dialogue, and which, in 1965, would be officially promulgated as the Council’s Constitution on Revelation, Dei Verbum; 2) Pope Paul VI’s remarkable first encyclical on 6th August 1964, Ecclesiam Suam, more than half of which is devoted to articulating and espousing a Catholic theology of dialogue; 3) and 4) Vatican II’s Dogmatic Constitution on the Church, Lumen Gentium, and its Decree on Ecumenism, Unitatis Redintegratio, both on 21st November 1964.  In the latter two regards, of particular significance was the relinquishing of claims for any unqualified and utterly exclusive identification between the Church of Christ and the Roman Catholic Church, in favour of recognising the ‘many elements of sanctification and truth’ that are to be found outside of Catholicism (LG §8, UR §3).  With this also was the dual recognition that whilst the Catholic Church might not lack any of the essential marks of the Church of Christ, these cannot be thought of as being present there in perfect form (LG §8, UR §6); indeed, the catholicity of the Catholic Church can itself be enriched (UR §4).

In reality, however, things are considerably more complex than this somewhat simplistic before-and-after picture might suggest.  Yes, the official mood between Vatican I and Vatican II may have been one of defensive suspicion vis-à-vis non-Catholic reality, but there was also a very considerable number of theologians working assiduously away at engaging positively, although far from uncritically, with modern thought and culture.  In the 19th century one thinks of Johann Adam Moehler at Tübingen, John Henry Newman here in England, and Antonio Rosmini in Italy.  In turn, in the 20th century one might think of Karl Adam, Romano Guardini, Henri de Lubac, Yves Congar, Bernard Lonergan and Karl Rahner.  More generally, it is quite inaccurate to view dialogue as alien to Catholicism prior to Vatican II.  On the contrary, the scholastic method in theology as brought to classical expression in the work of Thomas Aquinas was built precisely around the cognate concept and practice of dialectic.

In the latter regard, however, it should be noted that the connotations associated with ‘dialogue’ in the contemporary period are somewhat different to those associated with dialectic for the scholastics.  Whereas ‘dialogue’, following the pioneering work of Martin Buber, may today commonly suggest an open-ended process of as-yet-to-be-determined discovery, the dialectical method of the scholastics followed classical assumptions stemming back to Plato, wherein dialogue or dialectic amounts to a pedagogical device for leading the partner to appreciate and understand what is regarded as being an already established truth.  That is, the learning that is at issue in scholastic dialectics is envisaged as being somewhat one-way.  In this way of thinking, the primary point of listening to the dialogue partner is in order to convince them of the truth of the position one already holds.

Well, if the supposed total absence of dialogue prior to Vatican II is not clear-cut, nor either is the supposed prevalence of dialogue as an open-ended process in the texts of Vatican II and beyond.  In a fascinating recent study of the use of ‘dialogue’ in the Vatican II texts, Ann Michele Nolan establishes that the existing English language translations of the documents actually use dialogue to translate two somewhat different Latin terms: colloquium and dialogus.[1]  Where colloquium does, in these texts, have the looser meaning of relatively open conversation that has come, following Buber, to be associated with the English word ‘dialogue’ more generally, dialogus, Nolan claims, is actually used in a more restricted sense in the Vatican II documents where it is reserved for reference to the need for formal exchanges.  What is notable, Nolan claims, is that each of these envisaged contexts of formal dialogue is characterised by a concern to identify some common ground with the interlocutor such as would enable a more effective communication of existing (as distinct from fresh) Catholic understanding.  Similarly, in relation to Ecclesiam Suam, once the initial excitement has abated of finding dialogue accorded such a central role in an official and fully public Catholic document for the first time, it is notable that a similar concern can be seen to characterise Pope Paul VI’s thinking here.  Further, even allowing for the distinction between the Latin texts of Vatican II and the standard English translations to which Nolan draws attention, it would be naïve, as has been said many times before, to seek after a consistent and unambiguous line in these documents.  As was almost intentionally the case, the Council fathers were able to find somewhat different things in the texts and the same continues to be the case today.

Taken together, the variant interpretations of ‘dialogue’ in the Vatican II texts, combined with its background of Catholic association with pedagogical devices for the transmission of existing understanding, may explain, in part at least, the Congregation for the Doctrine of the Faith’s frequently somewhat negative judgements on the various bilateral ecumenical statements of the past 40 years.  Whereas the dialogue participants may themselves have been seeking to do something more constructive, the measure for the CDF has tended to remain at the level of whether the dialogue texts provided a vehicle for the clear articulation of existing Catholic understanding.

In refreshing contrast, however, are various other official instances of explicit openness to the possibility of Catholic Learning through dialogue.  The relevant Vatican II developments in this direction in Unitatis Redintegratio and Lumen Gentium have already been mentioned.  Also notable is the move made in ARCIC II’s The Gift of Authority, and even more clearly in the latest Methodist-RC International statement, not only to overcome and resolve, where possible, past disagreements but to ask what each might receive from the other.  Most significant of all, however, is the quite remarkable invitation we find in Pope John Paul II’s historic 1995 encyclical on Commitment to Ecumenism, Ut Unum Sint, requesting help from theologians and church leaders in other Christian traditions in re-imagining the theory and practice of papacy so that it might once again become a focus for and servant of Christian unity rather than the continuing cause of division that it currently is.

As I started by saying earlier, this is the kind of receptive encounter and Catholic Learning that is required today if Catholicism is to show forth in its own practice what it means to live difference for mutual flourishing and peace.  In the next section, we will turn to trace out a little further some of the lines along which a fundamental theology of receptive Catholic Learning might properly be articulated.

Paul D Murray is Director of the Centre for Catholic Studies and Senior Lecturer in Systematic Theology in the Department of Theology & Religion at the University of Durham. He is the Editor of the forthcoming volume, Receptive Ecumenism and the Call to Catholic Learning: Exploring a Way for Contemporary Ecumenism (Oxford University Press).

This article was adapted from the keynote lecture given by Dr Paul D. Murray the 2008 Living Theology summer school at Ushaw College, Durham.

Read Part One of this series

Read Part Three of this series

I Told My Soul to Sing: Finding God with Emily Dickinson

Writing History: The Opening Ceremony in its Author’s Words

Ignatius and the Bible