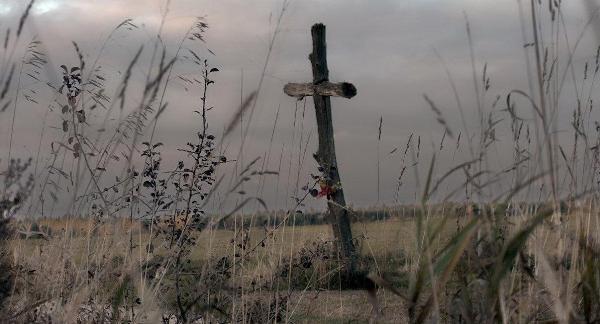 Those of us who have given up something we enjoy for Lent may be glad to note that we reach the mid-point of the season this week.  But there is more to Lent than that: Jesuit liturgist Andrew Cameron-Mowat explores the deeper meaning of this penitential and yet joyful season, as brought out by the Sunday readings.

Thanks to the renewal of the liturgy after the Second Vatican Council, for most parishes Lent is a time of celebration of the transforming grace of Christ demonstrated especially in the lives of those who are given the sacraments of initiation, or who are received into full communion with the Catholic Church. But, as one Sunday follows another, the scripture readings, the prayers, and the symbolic gestures work together to enable all those participating in the liturgy to share in the transforming power of Christ, which is offered also to anyone seeking peace and healing in their lives.

Deeply rooted in the origins and early traditions of Lent are the two intertwining themes  of preparation, through fasting and prayer, for the sacred rites, and of healing of our sorrow for sinfulness so that we can truly rejoice in the feast of the Risen One. Lent builds over the weeks in urging us towards true reconciliation and peace. We unite ourselves with the catechumens who are preparing for their “first washing”.  These candidates were known in the early Church as the photizomenoi, or “the ones to be enlightened”.  We unite our prayers with theirs and hope for our own experience of enlightening and purification.   For those of us living in times of darkness or despair, this stage can be a period of real prayer for the light to shine on us.  It could be that “first glimpse” of a hope that does not allow the darkness to overcome it, a door that opens to show us a way out of shadows and fog into the light.

The third, fourth and fifth Sundays of Lent are united in their liturgical and spiritual themes. The scripture for these days emphasises purification, or freedom from the darkness of sin and death, and enlightenment, in which one is filled with the truth and joy of Christ.

On the third Sunday of Lent, we hear the Exodus story of the waters at Horeb, and this is partnered with the encounter at the well.  Jesus speaks to the Samaritan woman about living water – just as she is renewed by living water and by the Spirit, so we too are refreshed and renewed, and more – we are given life. The conversation with the woman is a touching description of the process of gradual revelation and coming to faith in Christ.

Catechumens preparing for Baptism certainly are on a similar journey, but all of us share in moments of questioning and doubt when we need to call on the revelation of Christ to assure us of the gift of faith. The power of the reading from Paul to the Romans should not be forgotten: “Christ died for us while we were still sinners.” (Rom 5:8)  We are reminded that the offer of faith and salvation is given to all people and that Christ is calling all of us to proclaim this truth without judgment.

On the fourth Sunday, in the first book of Samuel, God, who “looks at the heart” chooses the most unlikely candidate, fresh and ruddy David, as the one to lead the people.  The Gospel text recounts the healing of the man born blind, portraying the bewilderment of the people as to why such a thing could happen on the Sabbath, and particularly that someone whom they regarded as a sinner could be cured.  For the blind man, the curing is a gradual process, mirroring the Samaritan woman's gradual realisation of faith recounted in the previous week. The letter to the Ephesians speaks in terms of the darkness of our former lives and reminds us of what light brings: “complete goodness and right living and truth.” (Eph 5: 9)  We are all in need of healing from our blindnesses, to God and to the good in one another.  This Sunday is half-way through Lent and known as Laetare Sunday after its entrance song.  As we are “beginning to see the light”, the mood lifts a little.

With the fifth Sunday, the particularly rich selection of scripture begins with the wonderful vision of the prophet Ezekiel, who consoles us with the good news that the Lord will raise the people from their graves, and will put his spirit in the people, who will live and be restored to their own soil.  The Gospel text is the story of the raising of Lazarus.  Jesus speaks words of great comfort: “I am the resurrection and the life ... whoever lives and believes in me will never die.” (John 11:25-26)  Paul, writing to the Church in Rome, assures us that the Spirit of God is present in all those who are members of the body of Christ, “and if the Spirit of him who raised Jesus from the dead is living in you, then he who raised Jesus from the dead will give life to your own mortal bodies through his Spirit living in you.” (Rom 8:11)  These passages with their assurance that the death of sin is conquered by the risen Christ resonate in the hearts of anyone searching for transformation and freedom from whatever holds them in despair, disease and doubt.

The period of Lent ends with the events of Holy Week; Christ enters Jerusalem at the end of his own life’s journey, and then begins the period of his final ministry to his people before his death.  This will be a time of particular grief, but within that sadness is the certain hope that Christ dies for all of us: rich and poor, slave and free, saint and sinner, and that his special mission is to the sinner and the destitute and the despairing of this world.

This article was originally published in the Rapid Response series on the web site of the Heythrop Institute for Religion, Ethics and Public Life.

Rapid Response from the Heythrop Institute for Religion, Ethics and Public Life.

The devil in the desert

On Not Giving Up Too Easily: Thoughts for Ash Wednesday