Skip to main content
Photo by Pieter-Jannick Dijkstra at flickr.com 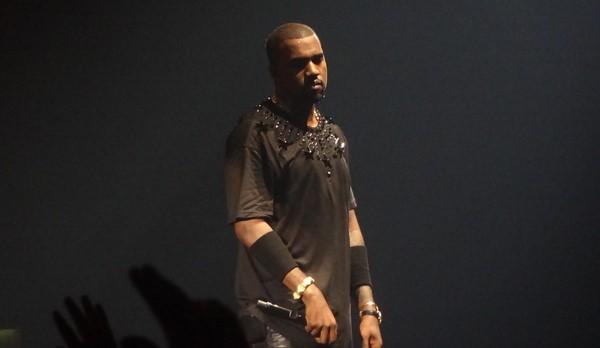 The release of an album called ‘Jesus Is King’ last month was met with plenty of criticism, not least because of the artist responsible for it – Kanye West. But don’t we owe an album that proclaims the kingship of Christ a fair review, rather than automatic suspicion? Emma Holland thinks there is much to gain from adopting the position that St Ignatius advocates: ‘that every good Christian [be] more ready to put a good interpretation on another’s statement than to condemn it as false.’

Towards the end of October 2019, Kanye West released an album that stirred the cultural world of music critics and Christians alike. This widely anticipated record missed a few release deadlines and has been both praised and condemned, splitting people so sharply that many aren’t quite sure what to think of it at all. The album did not receive a warm reception from many Christians in particular: many questioned its authenticity, or were concerned that Kanye’s fame dwarfed and distracted consumers from its Christian content. But should we be so quick to make judgements and pre-suppositions about Kanye West, or indeed on an album called ‘Jesus Is King’?

Jesus Is King is Kanye West’s ninth solo album release. All except his first album, 2004’s The College Dropout, reached number one in the US Billboard charts. Kanye has not only found impressive success in rap and music, but also in his clothing brand, ‘Yeezy’; and he is married to reality television star Kim Kardashian, with whom he has four children. Many will remember the song ‘Jesus Walks’ from The College Dropout, which, in hindsight can perhaps be seen as a prequel to his latest release. Perhaps because his 2013 album was entitled ‘Yeezus’, it came as a surprise to many when Kanye created a buzz in 2014 at one of his concerts by claiming to be a Christian, a claim on which he followed up in January 2019 via a tweet. The release of Jesus Is King only solidified the fact that whatever feelings and opinions we might have about these claims, Kanye West seems to be on a journey of faith with all the makings of a traditional conversion.

Turning to the album itself, many critics have dismissed Jesus Is King as too short, rushed and ‘unsatisfying: a concept album without much of a concept.’ For critics unable to take inspiration from the Christian theme of the album, this might be an understandable conclusion. However, in terms of production and music, Jesus Is King could plausibly be one of Kanye’s best albums yet. Using an impressive gospel choir to provide harmonic punches and the heavy lifting for the album, alongside soulful collaborations with featured artists such as Kenny G, Kanye shows he was serious about providing the world with an artistic first gospel album. Though admittedly shorter than many of his other studio albums, brevity is not necessarily a bad thing, especially given the other star of this album: the lyrics.

It is not the music and production causing a stir; the lyrics stand centre-stage of Jesus Is King and have caught the attention of the Christian world. At face value, there is nothing controversial, per se, to argue with in the content. ‘Every Hour’ sets the initial tone for the rest of the record with simple praise lyrics: ‘Let everything that hath breath praise the Lord’; and ‘Every hour, ever minute, every second, each and every millisecond we need You’. These lyrics not only mirror the instruction of the Lord’s Prayer (Luke 11), or hymns such as ‘I Need Thee Every Hour’, but also one of the most attractive aspects of Ignatian spirituality – finding ‘God in all things’. Similarly, ‘Everything We Need’ supplies simple lyrics reminding us that we have everything we need in God. ‘God Is’ makes simple statements about God:

King of Kings, Lord of Lords, all the things He has in store

From the rich to the poor, all are welcome through the door.

With a similar tone, the final track, ‘Jesus Is Lord’ lifts lyrics directly from Philippians 2:10-11:

Given the praise-filled nature and scriptural accuracy of these lyrics, it is difficult to take issue with them. Yet in the song ‘Hands On’, Kanye hints that he expected a critical backlash from Christians:

Said I'm finna do a gospel albumWhat have you been hearin' from the Christians?They'll be the first one to judge meMake it feel like nobody love me.

Arguably, it is not the lyrics themselves at the root of the qualms held by so many Christians, but the fact that a man whose life has generated countless column inches, not many of which are suggestive of a living relationship with Christ, has written them. However, there are no few examples to encourage anyone who might be suspicious of Kanye West’s authenticity to reconsider their judgment.

A prominent lyrical moment of the song Selah is:

Ye should be made freeJohn 8:36To whom the son set free is free indeedHe saved a wretch like meHallelujah.

These lyrics seem to speak to the story of Kanye’s own conversion. Hollywood has recently seen a wave of celebrity conversions and declarations of faith: Justin Bieber, Selena Gomez, Chris Pratt, Chance the Rapper – with Kanye West’s being the most recent and, perhaps, most dramatic. Yet we should not automatically dismiss a conversion story because it carries a hint of controversy, and there are plenty of reminders of this in the bible. Zacchaeus, Matthew the tax-collector, an adulterous woman – their dramatic turnarounds would have caused many to pause and wonder at who this Jesus was that had changed their lives; and Saul went from zealous persecutor of Christians to devoted servant of Christ. Moreover, St Ignatius Loyola was a nobleman until his cannonball-induced convalescence brought him to a place where he could look deeply into the lives of the saints and then Christ.

Kanye hasn’t been a stranger to controversy, with erratic and often concerning statements about President Trump, slavery, his own desire to run for president, and being the ‘greatest human artist of all time’. It is also true that he is no stranger to strife. Kanye was devastated by the sudden death of his mother, Donda, in 2007 during a small surgery paid for by Kanye. His wife was held at gunpoint during a robbery in Paris in 2016, and it is also widely known that Kanye has faced mental health difficulties throughout his life. Is it not possible that any of these moments could have led to a real encounter with Christ, himself a ‘man of suffering and acquainted with infirmity; and as one from whom others hide their faces he was despised, and we held him of no account’? (Isaiah 53:3; cf. Acts 8:26-40).

So while there may will be legitimate concern and questions raised about Kanye’s erratic statements, lifestyle or former music, there is also much to gain by considering the words of St Paul:

Some proclaim Christ from envy and rivalry, but others from goodwill.  These proclaim Christ out of love, knowing that I have been put here for the defense of the gospel; the others proclaim Christ out of selfish ambition, not sincerely but intending to increase my suffering in my imprisonment. What does it matter? Just this, that Christ is proclaimed in every way, whether out of false motives or true; and in that I rejoice. Yes, and I will continue to rejoice. (Philippians 1:15-18)

Listening to Jesus Is King with these words in mind, we are liberated from judgment and reminded to rejoice that Kanye West has proclaimed Christ through an artistic and ambitious album. Therefore, we can be joyful as we hear Kanye use his musical gifts to present these words from God Is:

You won't ever be the same when you call on Jesus' nameListen to the words I'm sayin', Jesus saved me, now I'm saneAnd I know, I know God is the force that picked me upI know Christ is the fountain that filled my cupI know God is alive… That’s what God is.

Emma Holland is Producer of Pray as you go.

Into the Great Silence of Beethoven